Yes, I'm aware of blonde jokes.  To be honest, I love them and pass them along.  But I'm not as amused when I am living one, and being that blonde.  Such was the case a few years ago.
Bob's brother, Ken, decided to have a Christmas wedding in Mississippi.  I wanted to go, but was nine and half months pregnant (yes, THANK YOU FOR NOT INDUCING ME, AND MAKING ME NINE DAYS OVERDUE, DR. RUBENSTEIN).  At any rate, Ken and his bride, Sherri, chose to honeymoon in Hawaii.
Bob was announcing game shows at that time, and what Ken and Sherri didn't know was that Bob was going to be in Hawaii as well, announcing Win, Lose, or Draw.  Bob planned to surprise them one evening in a restaurant, showing up as their waiter, with a towel folded over his arm.

Unfortunately, the honeymoon went as many do, which is to say it was a study in disaster-- a huge storm wrecked the weather, excursions were cancelled, and even the hotel pillows were terrible. Ken called to say he and Sherri had decided to come back to L.A. early, and join us for a few days.
Gulp.  I tried to sound excited, but my mind was whirling with worry about how Bob was going to pull off his surprise.  I got hold of him and told him to forget about the waiter impersonation, and just call his brother and let them know he was over there.  He caught them.  Whew.  And now, with Bob as tour guide, their honeymoon turned into a traveler's dream-- snorkeling, luaus, fun in the sun. 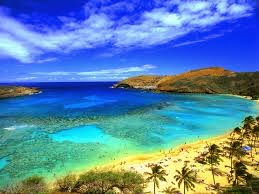 Then they decided to head back to Los Angeles. Mind you, I am still pregnant.  Seriously, I ought to have an extra kid for all the overtime I've put in.  Anyway, I decided they should come home to a Christmas wonderland.  I decorated the tree, hung sumptuous garlands, simmered cinnamon on the stove, set out decorated cookies, and had Christmas music playing for their 11:30 p.m. arrival.  The only thing missing was a roaring fire. 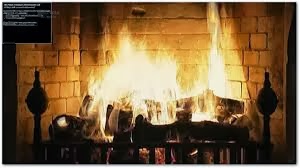 Here's where you mutter, "Uh oh" if you know me.  At 11: 25 I decided to light the fireplace.  Bob has always been the fire builder, and I'd never done it before.  But I'd seen him do it, so how hard could it be?   So I cranked on the gas, then went looking for the lighter-flicker thing. Here's where you mutter, "Uh oh" a little louder.  I found it a couple of minutes later and pointed it at the logs and pulled the trigger. 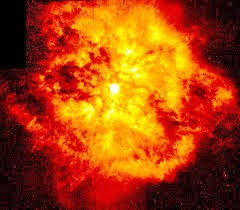 The entire room looked like a ball of flame. And it was a ball of flame, with me in the middle of it. The kids were asleep upstairs, thank goodness, and I somehow remembered to stop, drop, and roll. Which, at nine months pregnant, had to be a sight to see. I’ll bet whales beach themselves with more grace than that. 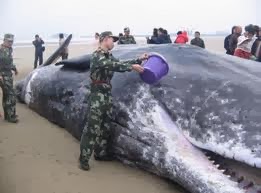 I patted out the flames on my head and clothing, then surveyed the damage. First of all, the room reeked of burnt everything. Second, my hair was coming off in solid, tarry chunks. My eyebrows and lashes were gone, and my nose was bright red. Yeah, yeah, Rudolph, blah, blah, blah, so we have a theme. 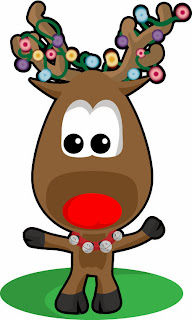 I went outside to finish pulling all the burned hair off my head, then went upstairs to shower. By now my scorched fingers and nose were killing me, so I got ice packs and went to bed. First I wrote a note, though, trying to explain the crispy wife, partially bald, who smelled like ashes and was upstairs in bed waiting for Bob. (Burned nose hairs reek for days, by the way.)
In another half hour they arrived and thought someone had been toasting marshmallows. I crept from around the corner with my ice packs, trying to hide my head (not easy) and admitted my goof, which could easily have put me on the Darwin list. Everyone sympathized (we did laugh, how could we not?).
And, of course, a few days later I did give birth, and you'll be pleased to know they put me in the maternity ward, not the burn ward.  But they probably wondered what on earth happened.  And I was not telling.  We blondes have to keep a few secrets, after all.
Do a blonde a favor and buy her books here and here.  My latest four are Jungle, Sisters in the Mix, Pinholes Into Heaven, and Wishes for the LDS Child.  Unlike having me light your fireplace, these are perfect for Christmas.
(Portions of this post appeared a few years ago in "By the Light of a Star," an anthology published by Covenant Communications.)