It’s always a risk to take St. Bob into public, but not for the reasons you might suspect.  It’s because he gets me laughing until I cry, fall down, or both.
Luckily, this time I had a chair. 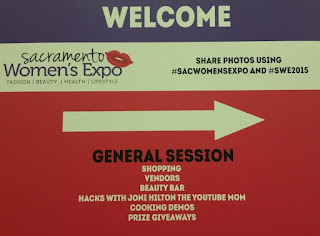 I had been invited to the annual Sacramento Women’s Expo last Saturday, since I appear frequently on Good Day Sacramento as the YouTube Mom.  And it was great fun greet many of my viewers and subscribers, as well as to run a few of my “life hack” videos, as well. 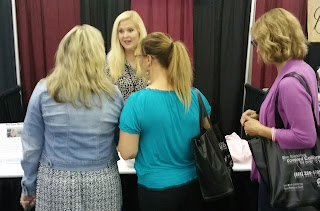 St. Bob, of course, always helps me schlep in all my props, a tremendous help.  But then he sits there and gets me laughing until my face is so red I appear to be choking to death.
One of my videos shows you how to tell if a loaf of bread is fresh by checking the color of the little plastic tag on the bag (see it here). Each color stands for a day of the week, and the colors are in alphabetical order.

So St. Bob gets the ingenious idea to make a nose ring out of a bread tag.  Yes, folks, this is how his brain works.  And, of course, he thinks it’s ingenious because it’s completely free, interchangeable with other colors, and one size fits all. 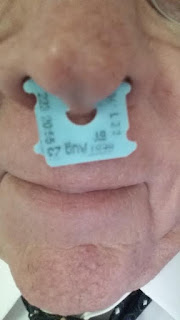 Suddenly I can picture an entire Alzheimers’ home filled with seniors wearing these nose rings so everyone will know what day of the week it is (Oh—look at all the blue nose rings!  It must be Monday!) and my husband will be hailed as a trendsetter.
And that, my friends, is why he gets Saint status. (By the way, I want to say, “Don’t try this at home,” but surely you’re smart enough not to do this!)


Be sure to tell your friends to subscribe to this blog and to my YouTube Mom channel!
Posted by Joni Hilton at 7:00 AM No comments: 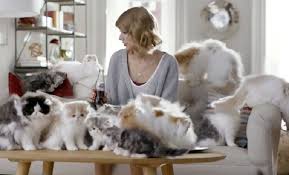 Here’s what happened.  We were living in a wetlands area of Rocklin (there are many meandering swamps here, masquerading as slow rivers), and I saw an ad on Craigslist for a free box of ducklings.  Apparently some ducks had nested near a man’s pool in Sacramento, and the next thing he knew, half a dozen eggs had hatched and were now making a royal mess of his back yard.  He wanted to bring them, in a box, to anyone, anywhere. 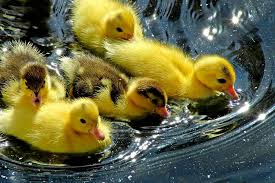 Well, Joni to the rescue, right?  Rule Number One: Don’t be so cheap that you read about free stuff on Craigslist.  Rule Number Two: Don’t volunteer for anything to do with poultry. Rule Number Three: If you break Rules Number One and Two, be ready to change your phone number.
And of course I broke them all.  I could just picture poor Mr. and Mrs. Duck, crying their eyes out as that man took their babies, put them in a box, and then drove off. I’m sure he would have packed up the parents as well, but they no doubt flew away from him. 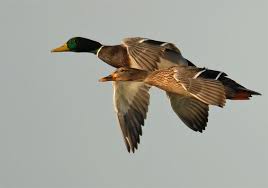 And orphan ducks—orphan anything—I cannot abide.  So I gladly took the box, and decided to raise the babies for a few more weeks in my guest bathtub, until they were old enough to paddle away and eat bugs and such in the wetlands.  I was ready with starter feed, slugs, and finely chopped greens. 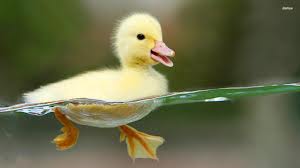 I also decided a foray into the sunny back yard would make for a fun outing.  Here is where the needle scratches the record and my happy cartoon music turns into a duck wreck.  As if guided by inner magnets or swamp-seeking missiles, every one of the ducklings made a beeline for the gate, slipped under it, and went scooting into the reeds and bushes by the wetlands.  I dashed after them, but they had disappeared, probably into the mouth of a coyote.  Okay, maybe they tried to swim away, and maybe they survived, and maybe I’m kidding myself.
It was a total disaster.  But it didn’t stop there.  Somehow I became the clearing house for all the people in northern California with unwanted ducks, and people were even starting their phone calls with, “I hear you’re the Duck Lady.” 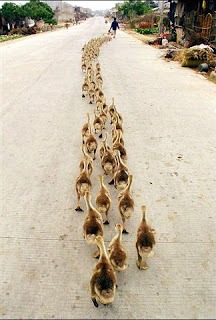 It finally eased up, and now we live in another area of Rocklin not on the banks of the wetlands, thank you. But every time I see a duck paddling along in the nearby waterways, I wonder.  And I hope. 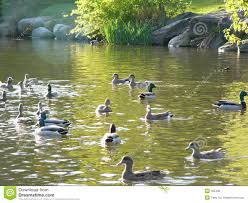 Hey, instead of trolling Craigslist for freebies, why not curl up with a good book here?  Or check out my YouTube Momvideos, which do not include the care and feeding of ducklings.

Email ThisBlogThis!Share to TwitterShare to FacebookShare to Pinterest
Labels: ducks

You all know that our fourth child, Nicole, went on an LDS church mission to the magical land of Norway.  So, naturally anytime she bumps into someone from there, they begin chatting in melodious vowels and upswings that I cannot hope to understand.  But I love to watch and, to my credit, I have learned their fabulous, bouncy birthday song. 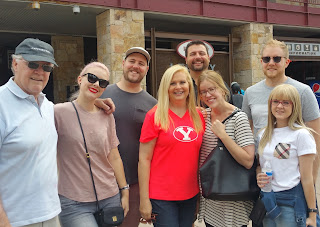 So a few weeks ago St. Bob and I decided to have a family reunion--  Just a small gathering of our four far-flung children, a daughter-in-law, and a girlfriend.  We’ve given up hope on getting everybody in one spot for the holidays—someone is always missing.  So we chose a random long weekend when everyone could get away, and met in Salt Lake City.  And it was absolutely fabulous. On Saturday we rode the Alpine Slides and Coasters in Park City: 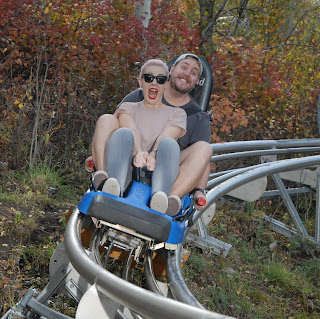 Then we went out for sushi. And in walked an old, crusty panhandler in a cowboy hat, vest, and boots. He asked if any of us could spare some money for a Norwegian veteran. Nicole, seated right at the end of the table where he now stood, perked right up and began to speak to him in Norwegian.
To say that panic filled his eyes might be an exaggeration, but he quickly back-pedaled, waving her away and saying, “Not so much,” before accepting some money and scooting on his way.  We could only imagine his thoughts: Dang! What are the odds I’d run into someone who actually speaks Norwegian?!  He probably chose the least likely language he expected to encounter.
The next day we attended the Mormon Tabernacle Choir’s Music and the Spoken Word broadcast (for whom I’ve been a writer for 20 years), and toured Temple Square. 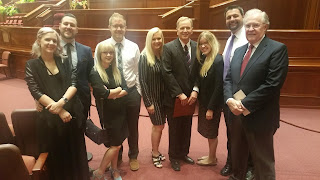 And whom should we see, parking a motorhome on the curb just as we were leaving?  Our “Norwegian” friend, again!  This guy can’t seem to get a break.  Though panhandling is popular at this huge tourist attraction, the Temple grounds also draw people from literally everywhere in the world. 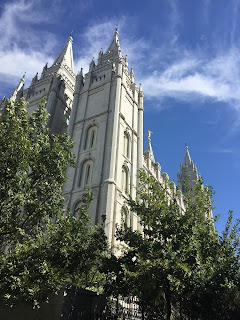 Maybe he should look up the least spoken languages, as I did today, and he could claim to be one of the eight people in the world who speak chimicuro (from Peru), or Dumi (from Nepal—again eight speakers worldwide), or Ongota (from Ethiopia).  Of course, with tours in 47 languages, he’s still taking his chances. 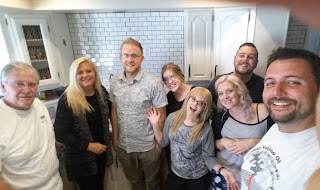 Grab some great books to give your family members at your next gathering—I have 23 of them to choose from right here!
Posted by Joni Hilton at 7:00 AM 4 comments:

Let me just start with a disclaimer today:  St. Bob cannot be trusted to recommend food of any kind.  This is because he has a strange condition known as Taste-Bud-Freakazoidness-If-He-Hasn’t-Eaten.
If St. Bob has dashed off to work without eating breakfast, and even skipped lunch, by dinnertime he has lost all perspective and thinks a cracker is as good as a cinnamon roll. It's like his tongue is hallucinating. 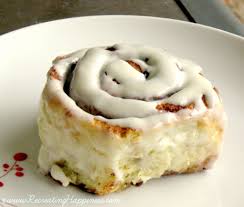 This makes for an easy life if he comes home hungry and I’ve made a mediocre dinner—he will think it’s a grand feast. 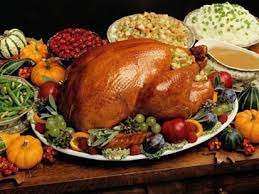 On the other hand, he will also drag me to hideous dives where “you can’t believe how good the food is,” and then it is not.
Case in point.  He recently swore up and down that a gas station, near his work, had two women making “the best BLT sandwiches you’ve ever tasted.  Bar none.  I promise.”  The lettuce was fresh and crispy, the bacon thick, the tomatoes juicy, the bread lightly toasted--  an incredible find at a gas station, of all places. 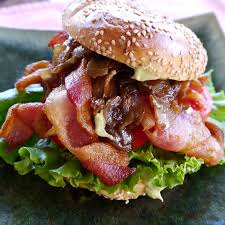 And I, ever the gullible wife, forgot about Bob’s untrustworthiness on such matters, and agreed to meet him there for a date.  A bell dinged as I walked into the convenience mart filled with the standard pork rinds and key chains, Cheetos and motor oil.
Two very surprised women looked up from a window in the back as Bob told them their sandwiches were so incredible that he had to bring his wife in.  They literally exchanged glances.
But they made the sandwiches, we paid, and then we sat at the lone rickety little table near the front window, by the ice machine.  I bit into my sandwich and chewed.  Bob bit into his sandwich and chewed.
“Okay, you are not allowed to make food recommendations,” I said, as soon as I had swallowed.  I took a big swig of my bottled water. 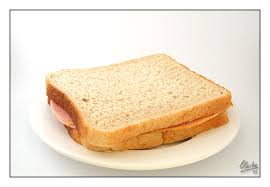 Bob was looking perplexed.  “Honestly, these tasted so good the other day,” he insisted.
“You do realize that there’s a diagnosis for people who’ve lost their grip on reality,” I said.  “It’s called psychosis and doctors prescribe medicine for it.”
And I am sitting in a gas station, on a date with a psychotic, eating a crummy BLT sandwich, which makes me eligible for some kind of medication as well, I believe.  Or at least a Magnum ice cream bar  before we leave.
You, however, can be smart enough to stay home, eat well, and curl up with a good book.  Here are some wonderful literary offerings.

Posted by Joni Hilton at 9:00 AM No comments: