Here’s what’s wrong with the world today:  We don’t have enough dancing cows.  Make that dancing and whistling cows, where little black eighth notes come floating out of their round lips. 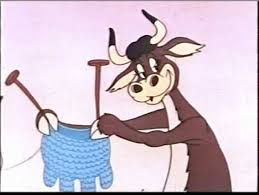 I blame the cartoon producers.  It used to be you could watch any number of cows with giant nostrils, dancing in ruffled aprons, to a great old jazz song, like “Holiday for Strings.”  Mice in tiny vests would scamper about to a Brahms Hungarian dance, while Bugs Bunny would conduct Von Suppe and pigs would play tubas.  Liszt’s rhapsodies, Beethoven’s “Moonlight Sonata”, Strauss, Rossini—they were all part of a happy childhood where equally dazzling animation brought every note to life. 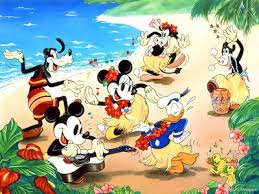 Most of these classics were made in the 1930s-1950s, but they continued to entertain into the 1970s, when—WHAM!  Cartoons suddenly became all about taking over the world.  The humor dropped out, the animation became stilted; it was as if all the writers and artists had died, and left cartoon-making to control freaks with Etch A Sketches.  Marketing departments saw how much money they could make selling action figures, lunchboxes, bedsheets, and backpacks, and kids were fed a steady stream of programming that led them to purchasing. 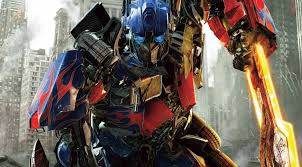 Not only that, but scientists discovered kids weren’t playing make believe with as much imagination, anymore.  Their toys stayed in the same character dictated by the cartoon shows, and storylines stayed in the same rut of vanquishing the enemy (cue the explosions).  Soon videogames popped up, even more violence-based than cartoons, and well, soon the only place you could find a cow was in the form of a Big Mac. 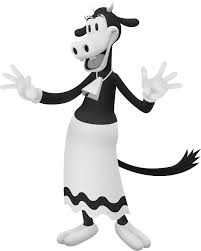 Gone are the incredible voices of Mel Blanc and Clarence Nash (the original Donald Duck).  I had the privilege of interviewing Mel Blanc when I was in college, and he actually took on the appearance of the Warner Bros. characters he voiced, from Bugs Bunny to Yosemite Sam.  It was incredible. 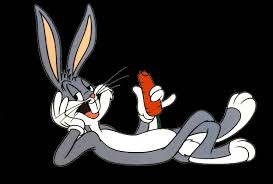 Clarence Nash was the uncle of my good friend, Cynthia Rhine, and I had the pleasure of meeting “Uncle Clarence,” as well.  Dapper, beaming, a twinkle in his eye—always eager to entertain kids for the sheer joy of it. 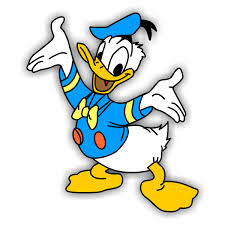 Not only that, but the cartoon characters stopped singing.  Those same dancing cows used to croon like Bing Crosby, and squirrels sang in Barbershop quartets.
Gone also are the clowns and captains of yesterday’s cartoon shows, as well.  Remember them?  They would interview children, give them prizes, and introduce the next exciting Looney Tune.  This was actually St. Bob’s first job in television.  When he was only 15, he dressed up as an Emmett Kelly-style clown and everyone thought he was a grown man, introducing cartoons on KPLC TV in Lake Charles, Louisiana. 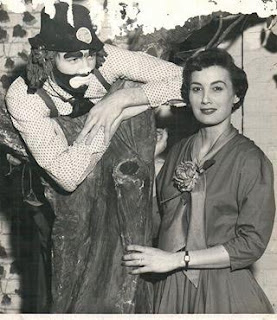 There was something lilting and light about yesterday’s cartoons.  The whimsical animation, the dramatic classical music.  It was dreamy, that’s what it was.  And you never hear anyone say that, anymore. 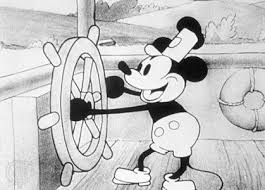 Check out Pinholes Into Heaven, one of my books, here.  It’s a literary coming-of-age novel set in the same time period.

You think you’ve tried every weight loss gimmick known to man?  Every sure-fire diet, every trick in the book?  Aha.  I have a new one. 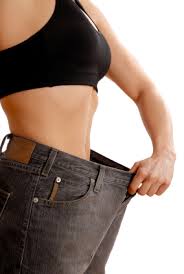 I was running errands with St. Bob after a business meeting, which meant I was wearing a black pencil skirt that’s been feeling a bit snug, lately.  We needed to stop at The Cell Phone Store, where I never fully understand all the conversations, but try to nod as if I do. 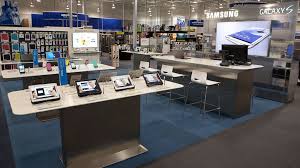 He parked and I hopped out of the car.  As I clickety-clacked through the parking lot in my high heels, I suddenly noticed my skirt didn’t seem all that snug anymore.  As I stepped up onto the curb, I could tell I had at least another inch of room around my waist, having shrunk at least an entire size just since getting out of the car!  And this was on National Donut Day (!) after consuming the legally required pastry (I am nothing if not law abiding). 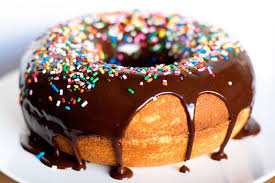 A broad smile crept onto my face as I enjoyed my new skinny self, imagining how fun it would be to go home and fit into all my skinny clothes again.  This skirt felt great!  I felt great!  Exhilarated, even.

And then St. Bob sidled up next to me and said, “You know, your skirt is unzipped in back.”
Yes, somehow the zipper had worked its way down and my skirt was now in danger of falling to the ground around my ankles. 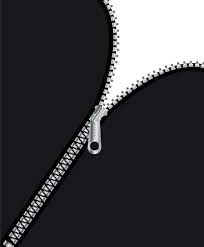 I stopped cold in my tracks, reached around, and zipped it up, corset-tight again.  But I shall always remember my miracle diet, and the glory that was mine for all of five minutes.
If you haven’t visited my website in awhile, take a look-see here.  There’s a wonderful music video right at the top of the home page, that you’re going to want to share with every woman you know!

Ice cream is ruined.  At least soft  serve ice cream and at least for me.  I walk into the house the other day and my son says, “Oh, enjoying your clay?”
This is where my eyebrows lower and I stare at him, waiting for the explanation that is going to forever spoil my fun.  The same exact thing happened with Pluto not being a planet.
I look down at my vanilla soft serve in a cone, and say, “This is ice cream.” 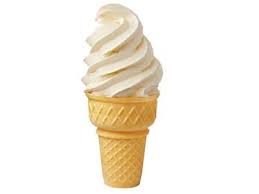 “No it isn’t,” he says.  “That’s why they call it Soft Serve.  They can’t call it ice cream.”
WHAAAT?
“It’s made with bentonite,” he tells me.  This kid should never have gone on that volcano study to Hawaii, where he became entirely too smart for his britches.
“Bentonite sounds like an ingredient in linoleum,” I say.  “Like a plastic or something.”  And suddenly my treat seems a little too airy, a little too smooth. 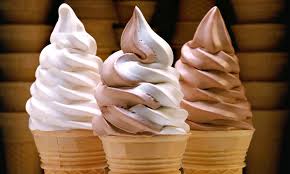 “They put it in milkshakes, too,” Richie says, completely comfortable with his role as Bearer of Bad News.  “It’s a clay made from chemically weathered volcanic ash.  But it’s totally edible—they use it as a filler.” 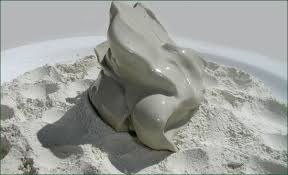 Like sawdust?  Like feathers?  I’m eating ashes?
He goes on to tell me it’s sold in health food stores and is completely safe, even added to baths for its healing properties. 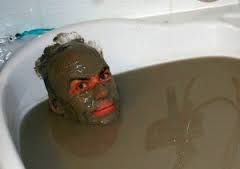 I don’t care.  I look it up and all I can see are examples of cat litter and mud drilling. 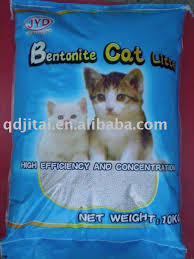 And it’s clay.  When I wanted ice cream.  I’ll tell you this.  No way am I eating cheesecake or truffles or donuts around that guy.
Have you visited my website, lately?  No filler whatsoever.  Just a bunch of cool stuff like a music video, YouTube Mom videos, and tons of books you can buy!
Posted by Joni Hilton at 7:00 AM No comments:

One Hundred Years Ago

One hundred years ago, a darling, dark-haired baby entered this world.  Her name was Elva, and as the fourth of eight children, she loved being a middle child.  She lived in the middle of Salt Lake City, and the church was the center of her family’s life.  Elva was always in the middle of something, always surrounded by loved ones, even when she recently passed away at 100 years old. 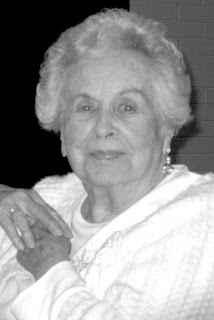 All her life, Elva was in the middle.  Even her massive home with the beautiful staircase flanked by a parlor and a sitting room, was the center of activity.   Known for fresh flowers and pretty china, her parties were legendary, and people swirled about Elva.  She stayed socially active well into her nineties, still attending the Shakespeare Festival, the LDS temple, Book Club, Art Club, and water aerobics.  Her home was always open for houseguests and Elva’s wonderful, healthy cooking. Her sunny disposition drew people like a magnet.  Hers was truly a life well-lived, and thoughtfully lived. Many times she would drop me a note, just to let me know she was thinking of me.  Who does that, these days?  Only a remarkable, giving person with a heart of gold.
My father was her brother and, I’m afraid, a merciless tease.  But I have never seen another family with such tight-knit siblings!  They loved spending time together, long after they were elderly.  Apparently she forgave my dad for the mice he used to frighten her with, and the countless pranks he played during their teens.
Aunt Elva was always so proud of her family, and with 144 descendants, who wouldn’t be?  That’s the size of a small town!  When I called her a couple of years ago, I found myself complaining that only one of my children had married so far.  She said, “Well, you should have taught ‘em how to flirt!”  Indeed.
Incredibly, Elva reached this amazing milestone still living in her home, still mentally sharp, still gorgeous, even.  Surrounded by family, she slipped peacefully away.  I picture her simply walking into another room, where she was greeted by all the loved ones who preceded her, having arranged a grand celebration party.  And there was Elva, right in the middle.


Visit my website here, and buy one of my books for your oldest relative!
Posted by Joni Hilton at 7:00 AM 1 comment: 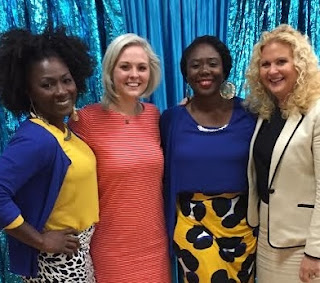 We were all scheduled speakers at a huge Singles’ Conference in San Diego and had more fun together than should probably be legal.  Let me just say that these women are inspiring and hilarious, and if you ever get the chance, run--don’t walk-- to go see them.
Al Fox Carraway joined the LDS Church in 2009, and a couple of years later her “Tattooed Mormon” blog went viral.  Today she’s greeted like a rock star (totally deserved; she is authentic and adorable), and her conversion story is unforgettable.  Check her out here. Zandra Vranes and Tamu Smith are Sistas in Zion, two of the most uproarious women you could ever meet.  They’re the authors of Diary of Two Mad Black Mormons, they have a radio show, and you can read all about them here.
Nel Hardy coordinated everything, and kudos to a woman who can plan an entire weekend jam-packed with joy for hundreds of people.  So today, instead of sharing my latest humorous observations, I’m sharing links to three cool women you need to know and follow.
And, okay, if you want to watch an uber cool music video that will make you stand up and cheer, check out What Makes a Woman from my new musical, "The Best Medicine," here.  It refutes the pop culture message that we should be judged by our appearances, and promotes Breast Cancer Awareness as well.  And then, since that link takes you to my website, check out my YouTube Mom videos, and mosey on over to my "Books" tab and buy a novel or two!