What would you do if two policemen knocked on your door, said they were investigating a murder, and asked where you were on the night of September 15th?

In order, I would wet my pants, scream, and then ask if I could please check my calendar.  Also I would invite them in for cookies. 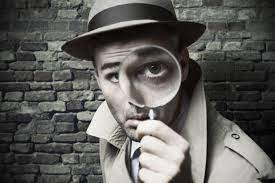 I can’t believe how many suspects on TV know exactly what they were doing on any given evening, even one that’s months ago. I can’t tell you what I had for dinner last night.

St. Bob and I both enjoy detective shows, though I’ll admit I forget all about the dead victim if they have a cat or a dog, and I cannot rest until it is made clear who is going to care for that pet, now. 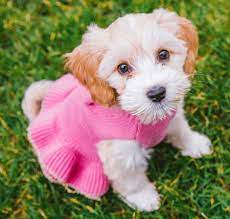 As we try to figure out who-dunnut, we find it particularly challenging when there are multiple suspects and people who have motive.

And here is where an important insight came crashing into my brain: If you have several enemies, YOU could be a murder suspect one day! I mean, odds are they won’t get killed, but then if they’re so despicable that you’ve chosen them for an enemy, maybe someone else will do them in. These are the very people murderers tend to kill, right?

Think about that nasty co-worker, that mean neighbor, that jealous in-law. Everyone who's made it on to your Enemies List. And now they're dead. Shot in an alley, rolled up in a handy nearby rug, stuffed into a trunk, and dropped in a park. I think we can all agree that murderers need to be more creative. Nevertheless, YOU are now among the suspects!  Innocent you!

You’ll be marched in with everybody else who hates this enemy—well, hated, since he’s dead—and someone on the other side of a two-way mirror will point at you and say, “Her—the one with cookie crumbs on her lips.” 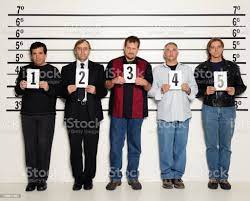 But I have the solution!  We simply have to forgive every dingdong who has every wronged us, so we won’t find ourselves in an interrogation room with warm soda to drink.  Or, just pray your enemies don’t die.

See? I just saved you from a prison sentence. The least you can do is buy one of my books.

They All Ran After the Farmer's Wife

Here’s what you expect when you host an evening for the teenagers in your church: You expect them to gather in your twinkle-lit backyard and hear spiritual messages.

Here is what you do not expect: A gathering of mice darting in and out of the honeysuckle, across the patio beams, and up and down the posts.

It was like a dang Greek chorus, I’m telling you. 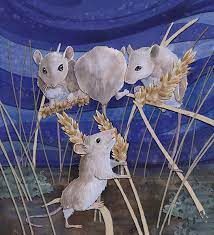 Needless to say, it is difficult for any speaker to compete with a complete line of the Rockettes, as impersonated by pink-nosed little rodents.

We had no idea our honeysuckle vines had become a housing project, and now we wonder if there could be more of these little varmints nesting in there.  NO WONDER OUR CAT KEEPS BRINGING THEM IN! 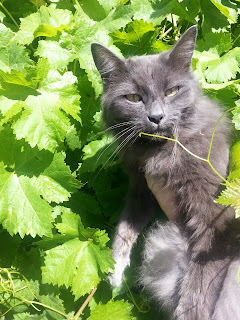 What we need is a colony of cats to catch and dine upon the colony of mice. But not in front of guests. We’ve had enough theatre to give us a questionable hosting reputation.

We called an exterminator, but until he arrives I couldn’t help thinking what other animals might like to eat mice. Snakes came to mind, but then... perhaps not.

Nature just doesn’t get it. So stay inside, I’m telling you. Read my books and watch my videos.

It occurs to me that St. Bob could add some delightful words to the dictionary. You may feel you could do the same.

Here are just three of his creations.

“Hand me that Frabba-snabbitz,” is his favorite. When he can’t think of  Doo-hickey, Whatchamacallit, or ThingamaBOB, dare I say, he simply invents his own catch-all term. 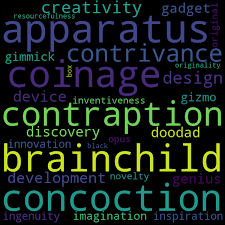 Another is Wang-doodle, actually a synonym of Frabba-snabbitz. In all fairness, this was the name of a hotdog joint when he was growing up in Lake Charles, Louisiana. Today a Whang-doodle, with an H, is a strip of bacon wrapped in a spiral around a frankfurter.  After doing this research, I can hardly wait to see the pop-up ads I get. 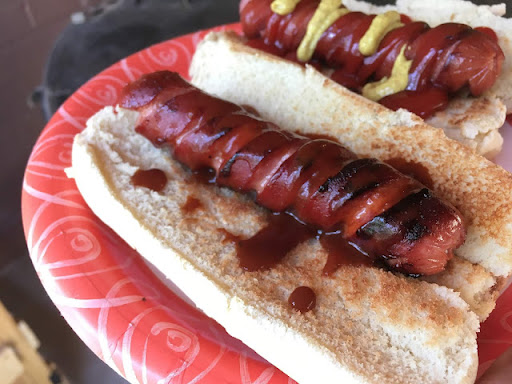 And last is Yacka-dacka-dooey. This is used in place of the one-syllable “Yay.”  It reminds me of Fred Flintstone’s, “Yabba Dabba Doo!”

And now I have increased your vocabulary by three whole words. Well, “words” in quotation marks.

Feel free to tell me your own invented words. Meanwhile, be sure to watch my short Youtube Mom videos for all kinds of life hacks and brilliant advice.

St. Bob certainly deserves his title. This time he took me on a surprise vacation to Hawaii for our anniversary. What a guy. 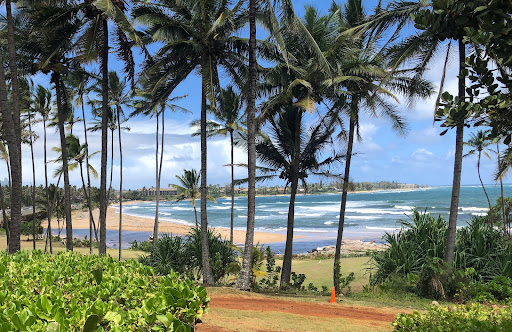 He even entertained me on the balcony of our rented beachside condo. When doves, cardinals, and myna birds fluttered in hoping for crumbs, he adopted a tough-guy accent and said, “Hey. No mynas allowed here. You gotta be at least 18.” Ba-doom-boom. 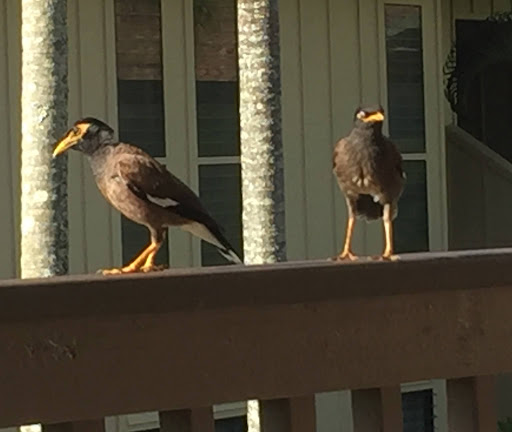 We were on the island of Kauai, which gets frequent rain. It also has about a zillion chickens and roosters. And I can now report to you that “mad as a wet hen” is a complete misnomer. These drenched hens were not one bit mad, nor were they seeking dry shelter. They simply went pecking about, the same as if the sun had been shining. You’re welcome. 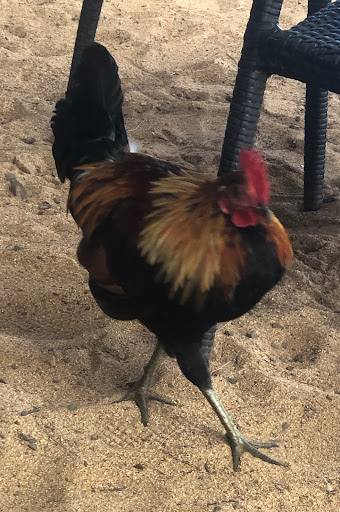 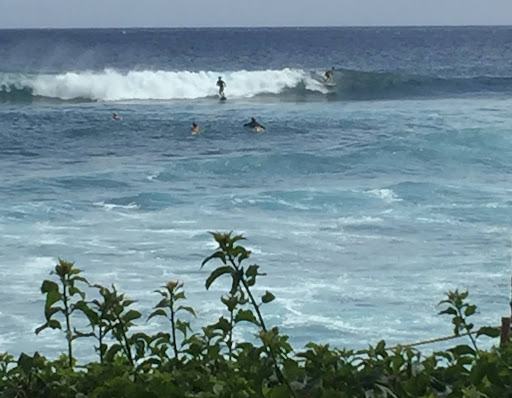 Afterwards, one of the divers said she saw an octopus.  Uh-oh. I felt my face turning red. Do you think she saw my super-curly post-chemo hair? 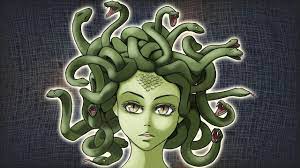 All too soon it was time to go home. Our dear friends, Alex and Nancy Theriault, picked us up at the airport at midnight and drove us home. But the battery in our button code door lock had died, so we were locked out. 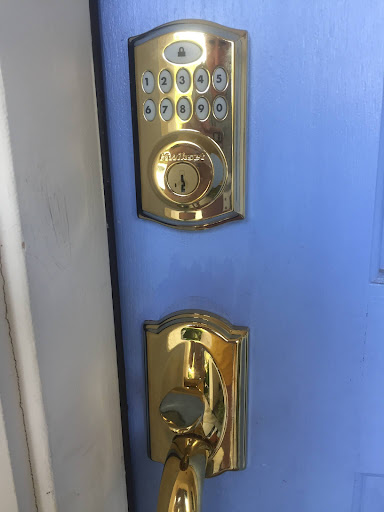 Alex came to the rescue, crawled through our doggie door, and let us in. But of course! This is Joniopolis.

Whether you want the perfect beach read, travel tips, or a bunch of great life hacks, check out my books and Youtube Mom videos here.