Hang onto your egg baskets, folks.  It would be illegal to sell an American egg in most other countries. 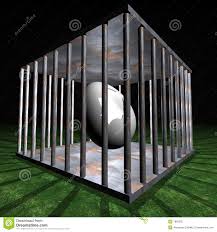 This is because we sell washed eggs and they do not. Nor do they refrigerate them.  I know, it’s an (egg)shell shock. But to England, most of Europe and Asia, and pretty much the rest of the world, we are the weird ones.
Here’s the poop, quite literally, on eggs:  When an egg has a bit of chicken poop on it, and maybe even some feathers, they just take it home. Maybe they brush it off, maybe they actually wash it, but they don’t gasp in horror the way we would. 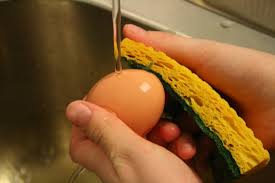 In the U.S., Japan, and Scandinavia, farmers give eggs a bath and shampoo and then a thorough drying.  Then we chill the eggs, and sell sparkling clean beauties to people who take them home and put them in the refrigerator where they keep more than twice as long as the unchilled ones. 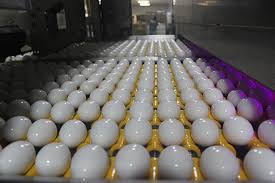 Elsewhere, they sell them at room temperature and store them at home the same way. How can that be safe, you ask?  Well, here’s the deal.  Our machines that wash the eggs and remove the chicken doo, also remove a thin coating that keeps bacteria out. So we spray the eggs with oil and chill them, which then keeps germs away. We also go through a bunch of other safety steps. 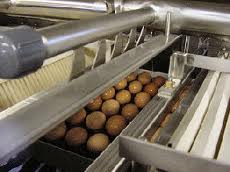 But this seems like a lot of work and expense in some countries, so they don’t do it.  Also, not everyone has big refrigerators.
How do they prevent salmonella? In Great Britain and some other countries, they vaccinate hens against it, which we do not, since we do all that other stuff.

So you can choose to wash and then chill eggs, like we do here, or go the other route and don’t wash and don’t chill them.  But you can’t leave a washed egg out at room temperature, because it will start to sweat, and  moisture can transport bacteria into the egg.  Also mold.  So if you buy a refrigerated egg at the market, take it home and just chill, baby. 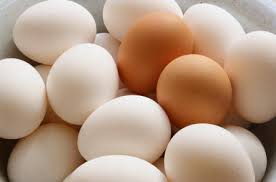 Which method is best?  Both seem to work.  It seems to be a perfect eggsample of agreeing to disagree.  And I say bring on the Benedicts, the omelettes, the quiches and cakes. What’s a little diseggreement between friends?


And speaking of friends, be a pal and buy my books here.  You can also watch me discover a double yolk on one of my YouTube Mom videos here.
Posted by Joni Hilton at 7:00 AM No comments:

Email ThisBlogThis!Share to TwitterShare to FacebookShare to Pinterest
Labels: eggs 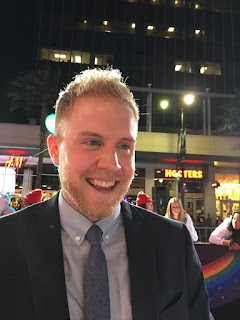 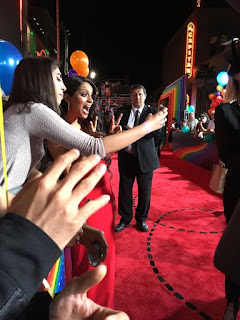 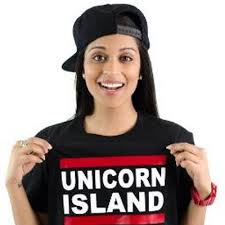 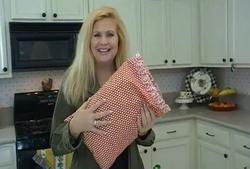 and offer hundreds of videos right here.  Can’t promise any rapping or dancing, but definitely some life hacks we all need.
Posted by Joni Hilton at 7:00 AM No comments:

All my life I’ve been fascinated by lyrics.  And you know I wrote 18 lyrics for my new musical, The Best Medicine, right? It’s a wonderful comedy with incredible music by Jerry Williams, and we’re hoping to launch it soon.
I like clever lyrics that surprise you, that show some effort by the songwriter to get it right.  I’m always disappointed when someone lands a hit song with ridiculously lazy lyrics.  And we’ve all heard them.  You can search “worst lyrics” on your computer and find dozens of examples. Here are few eye-rollers:
Madonna: I don't like cities, but I like New York. Other places make me feel like a dork.
Pink Floyd: I know a mouse and he hasn’t got a house. 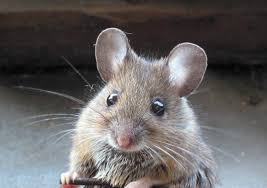 Neal Diamond: I am, I said to no one there, and no one heard at all, not even the chair.
The Killers:  I'm down on my knees, searching for the answer… Are we human or are we dancer?
Feeder:  Get a house in Devon, drink cider from a lemon.
Bob Dylan: Give me some milk - or else go home. 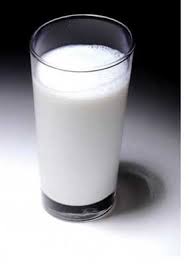 On the other hand, a lot of lyrics get mangled by the listeners.  Is this the fault of poor enunciation on the part of the singers, bad reception on your car radio, or our tendency to hear what we want to hear?
Elton John’s “Tiny Dancer” was heard as “Tony Danza” by many.
Maybe we’re just in the mood for humor.  Lots of folks heard “The sheep don’t like it, rockin’ the cat box” when The Clash actually sang, “Shareef don’t like it, rock the Casbah.”
And when Toto sang, “I bless the rains down in Africa,” some heard it as, “I left my brains down in Africa.”
TLC’s “Don’t go chasing waterfalls” became “Don’t go, Jason Waterfalls” to many, and Macy Gray’s “My world crumbles when you are not near” was heard as “I blow bubbles when you’re not here.”

Years ago Jimi Hendrix sang, “Excuse me while I kiss the sky,” and people would sing along with, “Excuse me while I kiss this guy.” Nirvana’s “Here we are now, entertain us” became “Here we are now, in containers.”
Apparently we will believe the craziest lyrics are actually real, because people thought Eddie Money’s “I’ve got two tickets to paradise” was “I’ve got two chickens to paralyze,” 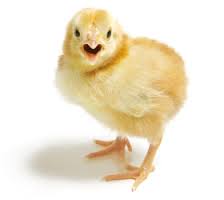 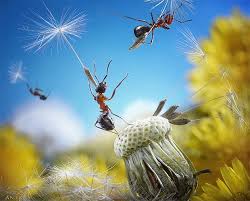 But my favorite was discovered by one of our sons when he was about eight years old.  Someone was singing Credence Clearwater Revival’s “There’s a bad moon on the rise,” and he said, “Hey!  I always thought that said, ‘There a bathroom on the right.’” 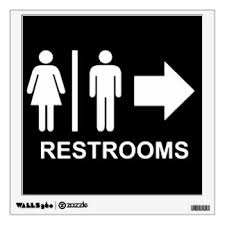 And, actually, that’s probably better information to have.


Have you seen my newly revised website? Check it out, and take a minute to watch the music video at the top of the home page.
Posted by Joni Hilton at 8:30 AM No comments:

Well, it has finally happened. We got rid of our land line and now we’re like everybody else (or nearly everybody else)—solely connected to the world by our cell phones.  Here are the sad remnants of a life gone by: 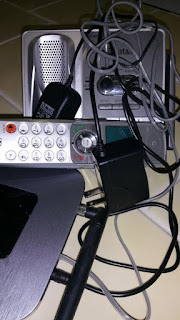 I have resisted this.  I love the idea of a land line.  I liked walking in, seeing the message button blinking to let me know someone still loves me (or at least wants to sell me a timeshare), and having a phone that I owned, but which didn’t own me.
With a land line, you can literally walk ten feet away.  You can ignore it entirely, go outside, run errands, and come back fully able to return whatever calls have come in.
No longer.  Now we must be reachable instantly.  And if not by phone, then certainly by text.  Because everything in this world has suddenly become urgent and cannot wait two minutes.  We now walk around, tethered like a Minute Man, ready to fight a fire or deliver a baby at the drop of a hat. 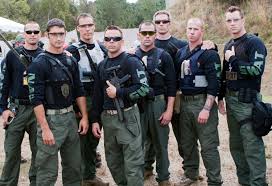 How did people function before this?  The answer is: Quite well, actually.  There was a feeling that you were truly the master of your own ship, able to have a quiet walk if you wished, or to enjoy the solitude of a good book.  Today those attempts at private time are interrupted by dings and buzzes, screens lighting up and faces of callers appearing as if by magic.
It’s as if we’ve all agreed to tear down our walls and live in one gigantic house together, yanking on someone’s arm as they head into the kitchen, shouting to someone else in the bathroom, never having to wait a single second to make contact. 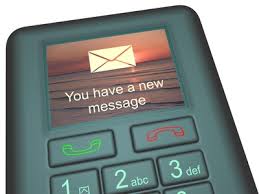 Yes, I know you can ignore it (if you have the discipline), but then you must explain yourself.  What on earth were you doing that was more important than answering my call?
So yes, I miss the good old days.  I even miss dial phones, and the pink Princess Phone I dreamed of having when I was a little girl. The dial lit up.  It actually Lit. Up. 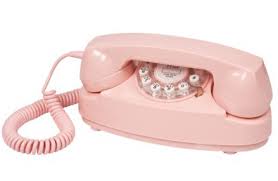 And those dreams are hard to relinquish.  So, at least I have a cell phone case that looks like a perfume bottle, with a handy chain so I can carry it around easily: 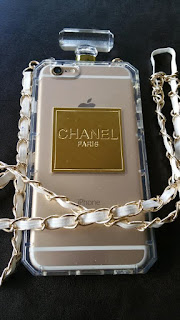 But I still don’t want to be a slave to it. Every night when I plug it in,  I make sure it won’t ring by turning the ringer off, putting it on airplane mode, and then turning it off entirely.
“Don’t you want to wrap it in duct tape and bury it outside, just to be sure?” St. Bob asked the other day.
Hey.  I may have embraced the technology of this new world.  But I don’t have to trust it.


Put down the phone, put up your feet, and enjoy a few of my YouTube Mom videos (or one of my books)!  I promise not to call and interrupt.
Posted by Joni Hilton at 7:00 AM No comments: