Have Your Ever Ruined Your Child's Christmas?


This is a Christmas story.  It is not, however, intended for anyone under the age of ten.  IF you have met this height requirement, please proceed.
This is also a true story that I’ve shared with many of my readers, and even wrote a short play about it, which was performed in New York last year.  This is honestly what happened:
Nicole was seven years old, and came home from school furious.  She had just finished reading a Goosebumps book by R. L. Stein, in which he made it clear that Santa does not exist.  Now she was standing in front of me, hands on her hips, demanding to know the truth.  And I could just strangle R. L. Stein. 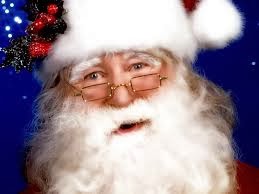 I took a deep breath, and that one pause was enough to confirm her worst fears.  I rushed in to console her, to remind her that Christmas is about love, and that giving is better than receiving, and I knew all she was hearing was “blah blah blah” because her innocence was shattered, and no jolly elf was reading her letters or eating the cookies she so carefully arranged each year.  And he certainly wasn’t coming down the chimney to bring her presents. 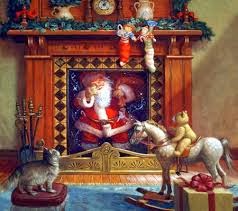 Of course, it was Christmastime, and Nicole was devastated.  She wanted no mention of Santa, no Santa decorations, no songs about Santa— as far as she was concerned, life was over and Christmas was a sham.  I held her in my arms, and reminded her that Christmas is really about the birth of Christ… hellooo?... and that’s joyous enough, right there.  Then I talked with her about the fun it is to be Santa, to fill the stockings, to carry on the tradition, but she was unmoved.
She gasped.  “So this means the Easter Bunny and the Tooth Fairy are fake, too, right?” 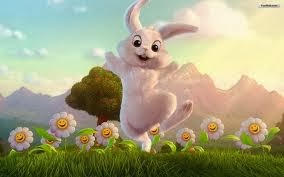 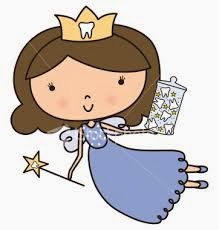 “Well, I certainly believe in them,” I said.
But she saw right through me.  A triple whammy!  “My life is ruined,” she repeated, and stormed off to her room.
All afternoon and evening I tried to comfort her, and remind her of the happy events of the season and the blessings she enjoyed. Nothing worked.
Finally it was bedtime and I lay down beside her, wishing there was some magical way I could restore the enchanting fantasy.  I glanced around her dimly-lit room and, suddenly, there it was: The answer!  In the shadows on a bookshelf was a magic kit. 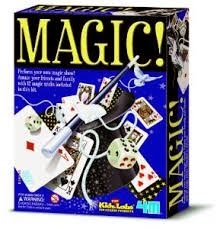 I turned to my little girl.  “Honey,” I whispered, “It’s like watching a magician.  Even though you know there’s a trick to everything he does, it’s still fun to watch him.”

Now she whipped around to face me.  “You mean there’s no magic, either??!”
I wanted to roll off the bed and fall into a bottomless pit where all bad mothers go.   Yes, Dear Readers, this is the story of how I am the worst mother in the universe.  A meteor could have fallen through the roof and right through my heart, and it couldn’t have been worse.  Just shoot me now was zinging through my brain, and I fully expect to see a videotape of this hideous moment, after I die and the scales are being weighed in the hereafter.
And so I give you a Christmas gift this season, of knowing you are at least a better parent than that Joni Hilton blogger person.  And you’re probably better than R. L. Stein, too.
Tell your friends to subscribe (also to my youtube channel here), and feelings of superiority can be yours forever.
Posted by Joni Hilton at 8:00 AM

Email ThisBlogThis!Share to TwitterShare to FacebookShare to Pinterest
Labels: Christmas