Christmas with the Paramedics


Folks, I do not make this stuff up.  The last three blogs have been about horrendous holiday disasters, and this one just might top them all. 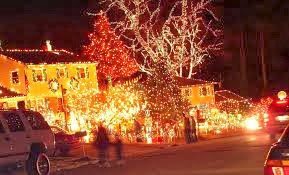 When Bob and I bought a house in L.A., we happened to choose one in famed Candy Cane Lane, in Woodland Hills. 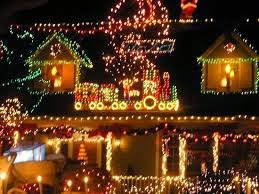 That’s not the real name of the street, of course—but Mickey Rooney started the tradition years earlier, for all the streets in a little cluster there, to rename themselves at Christmastime, and then decorate to the hilt.  When the realtor explained this to us, it was like looking at the tragedy/comedy drama masks.  I was elated and Bob was aghast.  I couldn’t wait to decorate with a zillion lights and wave to the happy tourists, while Bob could only imagine the traffic jam as he tried to get home every night. 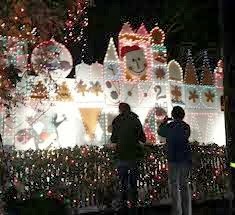 It was everything we both had hoped and feared it would be.  Policemen on horseback patrolled the hundreds of cars that crept by each night, oompah bands and carolers got in on the act, popcorn and hot chocolate were sold by enterprising kids, and the nightly news gave a traffic report of the amazing homes decorated by Hollywood set designers and special effects folks.  I loved it.  Bob renamed himself Scrooge McBob. 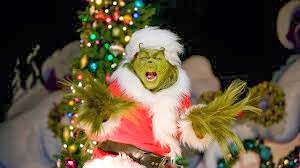 And then I threw a party.  I was Relief Society President (the women’s group) of my LDS church congregation, and I wanted everyone on the board, plus husbands, to come to a Christmas party/potluck at our home.  I chose an early December date so the traffic wouldn’t be crazy, and almost everyone came, including a member named Betty.  I was especially hoping Betty’s husband, Lou, would come.  He was not active in the church, and Betty’s eyes just sparkled when she rang the bell and told me he was parking their car. 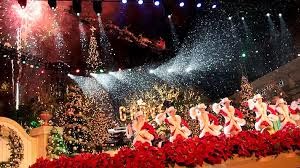 This is when St. Bob decided to come to the rescue.  Our steep drive was tricky to navigate, and he offered to park the car so others could pull in as well.  Except for one, small problem.  Our backdoor neighbor had a huge cattle ranch in Central California, and Bob (who claimed he could ride when he couldn’t) had just come back from a roundup on horseback and was so tired his body and brain were both hammered. 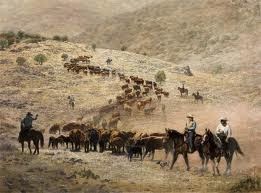 When Bob got into Lou’s Buick he was so disoriented that he pushed on the gas when he thought he was braking.  The car sailed out over the slope, then went crashing and rolling down the hill.  Pine trees and coyote bushes cracked and broke under the tumbling metal.  Over and over it rolled until it finally landed on its wheels on the lower part of the drive.  Incredibly, it didn’t hit anyone walking up the drive to the party.
I heard the crashing sounds and came running, fearing the worst.  As I stood at the top of the cliff I could hear Bob calling that he was okay. My heart began beating again.  The car, of course, was not okay.  All the windows were smashed out, the frame was bent, the body was totaled.  A German Chocolate cake that Betty had brought, was in pieces all over the interior. 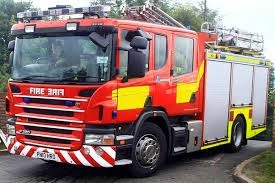 And then paramedics came.  And police cars.  And an ambulance.  It turned out that all our neighbors were out on their lawns decorating, witnessed the accident, and called 911 at the same time. 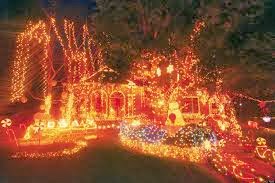 Bob was checked out and pronounced fine, except for a few minor scratches.  I turned to Betty.  “Oh, Betty,” I said, “I owe you a car and a cake.”  This was not how I had hoped to get Lou to attend church again.  But St. Bob told Lou to let him know what insurance wouldn’t cover, and promised to write him a check.
Some friends gave us a stunt driver trophy, and for several years every social announcement ended with, “And Bob Hilton will not be parking the cars.”
When Lou reported the cost of replacing his car, Bob wrote him a check for the full amount.  And Lou later wrote us a thank-you note, expressing his amazement at Bob keeping his word to the penny.  In fact, Lou began coming to church again.  So Bob surviving the double rolling of Lou’s car was one Christmas miracle.  But I like to think Lou was the other one.
Keep your loved ones from rolling down hills this Christmas by giving them a nice, safe book to read in the comfort of their own home.  May I suggest Jungle, Pinholes Into Heaven, or Sisters in the Mix?  These are my latest novels and you can find them all here.  Or, buy Wishes for the LDS Child here.
Posted by Joni Hilton at 7:00 AM