Can't I Just Get to My Gate?

Last time I told you I saw the Space Station up in the night sky, while I was in Orange County.  But getting to Orange County from Northern California, where I live, was another story (too bad I couldn’t have stowed away on the Space Station).
You know the deal.  You get your boarding pass online, 24 hours before your flight.  You pack your bags.  You get St. Bob to take you to the airport.  At least I do.
And then, the minute St. Bob pulls away from the curb, trouble begins.  My bag, which I had weighed at home, has now magically gained 3 pounds.  The limit is 50 pounds and apparently it now weighs 51.  No big deal, right?  Wrong.  Unless I remove a pound of weight from the bag, I will be charged an additional $50.00.

I resist sneering, “Yeah, that seems fair—fifty bucks for a one-pound item.”  And, if weight is a concern, why not weigh the passengers AND their bags to see the total we’re hauling down to Orange County, right?
I open my bag and spread out my luggage for all to see, and remove a book, stashing it in my purse.  I fold it all up again, zip it, weigh it, and finally I’m headed to the security screening area.  I pull out the boarding pass I printed at home, but it won’t read.  “You might want to get a new printer,” the guy says. Then, like he’s reading xrays or something, announces, “You have breaks in your bar code.”  Well, heaven forbid he just type in the numbers.  No; I must traipse all the way across the terminal to a little monitor where I can type in my info and get the boarding pass that way. Finally I’m back.  “Whoa, whoa, whoa,” he says now.  “Your driver’s license expired last month.”
WHAT?!   “The DMV never sent me a notice,” I say.  He says the same thing happened to him—apparently they don’t do that anymore.  And, of course, I never look at my license because I had a bug on my lips when that picture was taken (blogged about that disaster here), so I had no idea it was approaching expiration.
“But we have a grace period,” the fellow explains, and he lets me through.  Now it’s time to walk through the giant scanner where you hold your arms up like you’re being robbed at gunpoint.  And, of course, lights flash and buzzers ring like I’m wearing enough chains to qualify as a Jacob Marley Christmas Carol character. 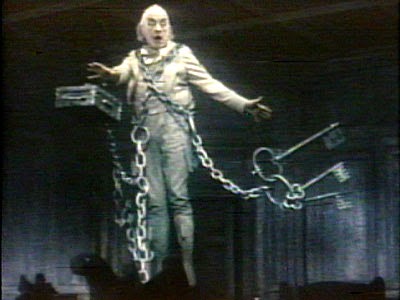 Apparently the Velcro wrap on my wrist for tendonitis, is the culprit.  I am escorted, under great suspicion, to a woman who rubs it with bomb powder-detecting strips.  She places the strips in what appears to be a strip analyzer and whew!  I pass.
I finally collapse into a chair at my gate and then realize that I will be coming home to an expired driver’s license.  So I call the DMV, and after ten minutes of speaking to recordings, I have an appointment for when I get back .  And just wait until I tell you about that adventure.  Next  time.  Stay tuned.


I hope you’ve ordered my latest novels.  Just keep them in your carry-on bag.
Posted by Joni Hilton at 7:00 AM