I have a love/hate relationship with Halloween.  On the one hand, there’s CANDY, chocolate, cute little babies in cow costumes, 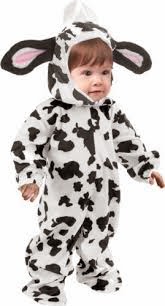 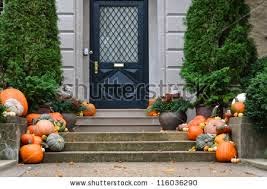 On the other hand, there are gory dummies (wearing “blood”-soaked clothes) hanging out of suburban windows, vampires, spook alleys, zombies, skeletons, and goblins.  Also teenagers not even wearing costumes, coming to the door and expecting candy.  I detest all of these.
So I like the cute harvest-themed aspects (and the CANDY, hellooo), but to get it you have to wade through the creepiness.  And I’m actually okay with the scary stuff as long as it’s mixed with humor.  For example, this is our traditional witch crash, from my own front yard: 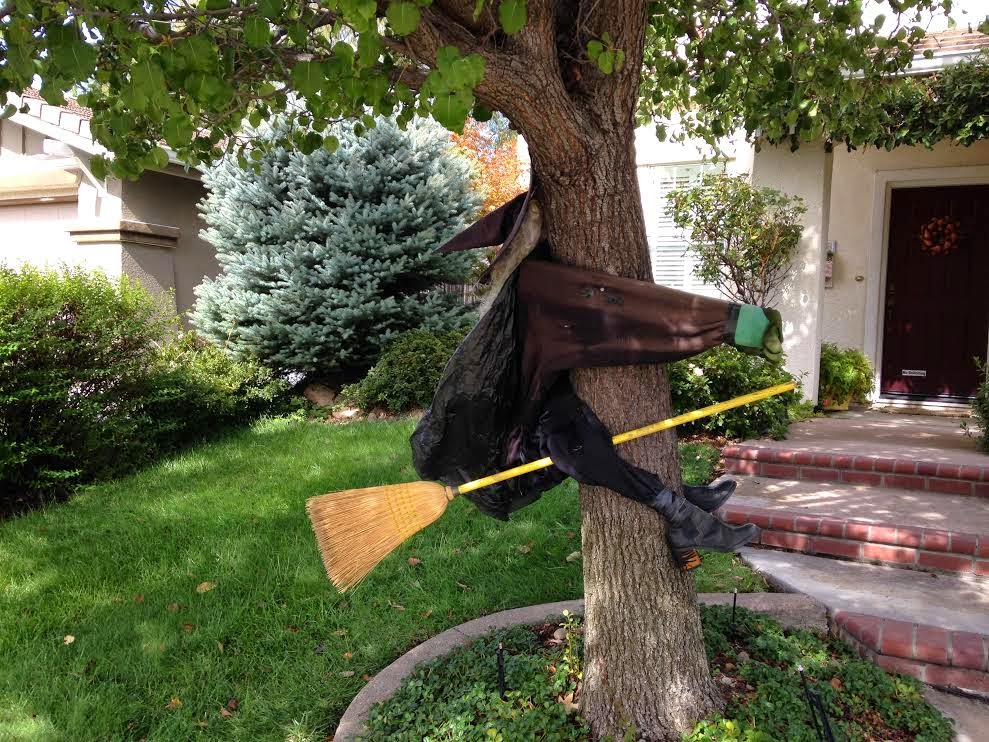 But back to the CANDY.  I know there are folks who think Halloween is nothing more than sanctioned begging, but c’mon—you don’t think it’s fun to run from door to door and get rewarded for wearing a costume?  I still remember the exact moment when we took our daughter trick-or-treating at age three.  We walked her up to one door, rang the bell, and showed her how to hold her sack out.  In went the candy.  We repeated the same thing at the next door.  And then bing!—she saw the bonanza this was and took off for the next house, making us run to keep up.  The next night she wanted to do it all over again, and we had to explain to a very disappointed little girl that this was a once-a-year thing. 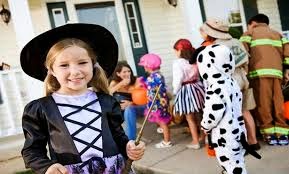 I think she may have inherited her sweet tooth from me.  When Brandon, our middle son, was nine or so, he came back with a huge haul after combing the neighborhood with his buddies.  He picked through for some favorite treats, then placed his bag on the counter.  “Don’t touch my candy, Mom,” he said.  Then, for emphasis, “You’re the only one I have to tell.” 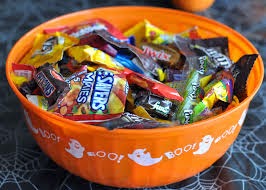 !!!  Excuse me, but pilfering one’s child’s Halloween candy is the entire reason for helping them put together a costume, is it not?  And I knew there were still some Butterfingers in there.
So I guess I vote in favor of Halloween, even though the entire world knows sugar is bad for you and we should all cut back.  But once a year isn’t going to give anybody a diabetic coma, right?  Plus you get to see dozens of little cherubs dressed up like fairy princesses and superheroes—what’s cuter than that? Just don’t come to my door if you’re five-foot-eleven and in the middle of mid-terms.


Keep a great book on hand to read while you’re waiting for the doorbell to ring.  Might I suggest one of my recent novels?
Posted by Joni Hilton at 7:00 AM

Email ThisBlogThis!Share to TwitterShare to FacebookShare to Pinterest
Labels: Halloween