When You're Desperate for Tech Help

I am about to tell you about two miracles, so hold onto your mouse or your seat or something, assuming you’re sitting at the computer.


I have TWICE been asked for tech help.  If my four children are reading this, they have no doubt fallen off their chairs, in shock, and hit their heads on the floor.  While they wait for ambulances to arrive, the rest of you can keep reading.
It has long been known in my family that I occasionally say things 90-year-olds say, including “I have Face Mail,” “the Inter Web,” and the redundant, “Youtube Video.” My knowledge of things electronic and computer-related could fit inside a thimble with ample room left over for my interest in these matters.  If truth be known, I miss the Selectric Typewriter and the carefree days when I could turn on the TV without rummaging through a basket of remotes and then asking, once again, how to work them.  Be honest: Don’t you think the GoDaddy logo looks like a goat?  And doesn’t it bother you that the Windows logo shows a hummingbird zooming in on leaves?  Leaves!  And don’t even get me started on how much I want Samsung to say “Sam sang.”
So it was no small miracle (and I SO wish I’d had a videoish thing running) when the women at my Book Club asked me how Twitter works.  I had barely signed up, myself, and only with the enormous help of one Karen Hansen from my church, who is an absolute wiz at these things.  Yet there I was, surrounded by hopeful faces, putting their entire trust in my technical wisdom.  What I wouldn’t have given for my kids to witness the glorious scene.  I found myself parroting the instructions Karen had given me, and the women nodded, lapping it up.  I felt as if I could move to India, call myself Barbara, and advise any number of callers with computer trouble, that very afternoon.
And I knew such a surreal moment might never repeat itself.  But then I had a layover in Las Vegas last week, coming back from Mississippi.  I was waiting for my flight when a gal about my age sat down beside me, pulled out her cell phone, and asked if I knew how she could listen again to a message she had already played.  Of the throngs of people crowding around, she selected ME from the group, with perfect faith that I would know the answer to her question.  ME!  I must look like a genius, even from a distance. 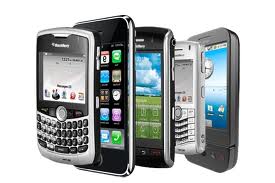 I put my hand on her knee and told her I only wished my children could be there to witness this miracle.  Then I told her that, of every person in the terminal, I was the absolute last one who would know what she was talking about.  And this would include non-English speakers and infants in their carriers.  We became immediate friends, joined by our mutual inability to master the intricacies of cell phones.  We sat together on the plane, and now we’re planning to get together for some girlfriend time.  I don’t know if she has figured out her cell phone yet; this is what children are for—you call them and after they’re through sighing and rolling their eyes they impart secret information that they get from trolls in the forest because I sure as heck don’t see it available elsewhere.
If Bob had been there, he would have known the answer, but he was staying behind a week.  Bob has a new phone gizmo called a Samsung Galaxy Note 2 and it feels like holding a paperback book up to your head when you try to speak on it. 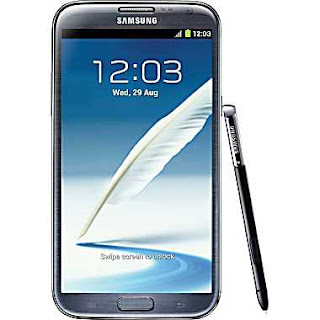 I expect him to hang onto this gadget for another couple of months until the next big—or small—breakthrough is offered at Apple or Verizon or wherever people with those interests congregate.  Then he’ll swap it out for the Sabertooth or the Platypus or whatever they call the next one.
My sister-in-law in Mississippi seems comfortable with technical matters.  But she also says that no one in the South has Siri, because Siri can’t understand their accents.  Hilarious.  And I thought I had tech trouble.
Posted by Joni Hilton at 9:38 AM