I just got back from a trip to Jackson, Mississippi where Bob and I were visiting his brother, Ken, and our sister-in-law, Sherri.  And all this time it turns out they’ve been holding out on us, not telling us about Kroger’s Supermarket.  At least the Kroger’s in Madison, the suburb where they live.


Holy Hamptons.  Before I go on to describe it, you need to see its photo. 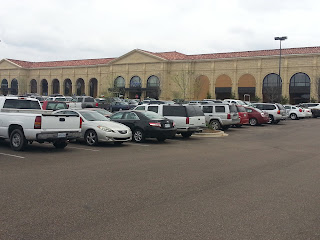 Kroger’s Palace is more like it.  Turns out the mayor of Madison insists that every building there reflect the opulence of the South and that goes for the post office, car washes, and even Walgreens, which has Corinthian columns and I kid you not.
Inside Kroger’s it’s candyland for a foodie.  First of all, it’s ten times the size of supermarkets everywhere else, so wear your walking shoes.  And the selection is enormous as well.  Since Bob is from Louisiana and grew up on crawfish and shrimp, we headed straight for the seafood counter where they also had mounds of crab and lobster. Check it out: 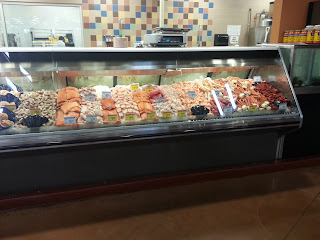 And then get this: Not only do they have a magazine aisle, but comfy chairs where you can “sit a spell,” as if you’re in Barnes and Noble! 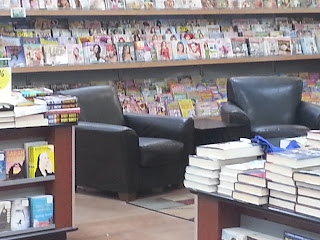 Next up, Blue Bell ice cream, a Southern favorite. 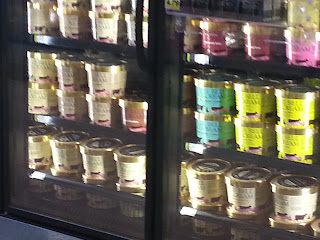 I’m telling you, a person could live at Kroger’s and never come out.  This makes our local Safeway look like our local 7-Eleven.   But best of all are the signs above the cashiers that say, “About 15 items.” 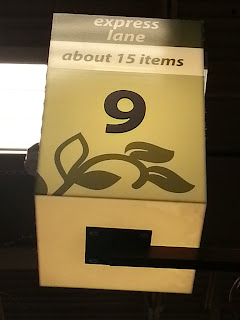 Are you kidding me?  Ours say, “9 items at most or we’ll count them and throw you out.”  At least, I’m pretty sure that’s what they say.  And good luck if you get in line ahead of someone holding only two items, because you’ll see their lips moving as they count what’s in your cart (and a bag of 3 lemons counts as 3 items in their opinion).  Grocery Nazis evidently do not exist in Mississippi.  It’s so easygoing that 15 items, give or take, is just fine with them.  I mean faaan with them, y’all.
So, Kroger’s, if you’re listening, you need to open a store in Rocklin, California.  I’m wearing my tennies, I have 16 items in my cart, and I am waiting.
Posted by Joni Hilton at 2:49 PM