On a recent flight I happened to sit beside a coach who was on his way to two football games. “Texas A&M vs. Auburn, then Cowboys vs Dolphins,” he said. I tried to carry the conversation but finally admitted I know absolutely nothing about these teams or players. I told him that when my husband is watching and says, “That was a terrible call,” I shout, “What is the MATTER with him?” Or, if one team trades a good player away I notice his dismay and say, “Can you believe that? What were they THINKING?!” 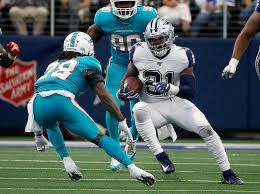 I even shared my collection of ideas with this coach, for how to improve various sports, which I blogged about here. It includes the brilliant (my own critique) idea for soccer, which is to eliminate the goalies and thus raise the scores. We were laughing away (he’d had a couple of vodka tonics, so I can’t claim all the credit for his ebullient mood), but then he had an idea of his own.
He said I should tell my husband that I found a new hobby: Fantasy Football. And he would even help me design my team.  DONE! I couldn’t wait. But I knew it would have to be a text because St. Bob would never let me run out my phony rope if I called him.
Here’s my text: I started a new hobby. I’ve joined a Fantasy Football League. See what you think of my lineup: Quarterback Mahoney, hook up with Kelsey from KC, Gurley as running back, also Barclay. Beckham for wide receiver, Kittle from SF, Zuerlain as kicker and then use the Chicago defense. And it only cost me $100 cash to join.
St. Bob texted right back: Who is this really?
Later he said, “You don’t even know which end of the football to hold.”  I didn’t tell him that these objects should be re-named, since they really aren’t in the round shape of a ball. 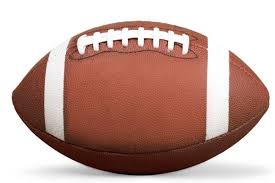 Then today he said “Drew Brees has to have thumb surgery.”
“Who is that? Do we know him?”
He just stared at me. “You don’t know who that is?” Turns out he plays for St. Bob’s favorite team, the Saints.
“Well, that’s HORRIBLE!” I said, a performance that deserves an Oscar. “Brew Dreeze definitely needs to use his thumb if he’s playing football!”
“Brew Dreeze?”
Yikes. I quickly corrected myself, then asked, “What part does he play?”
“You don’t know he’s the quarterback?” St. Bob was almost apoplectic. 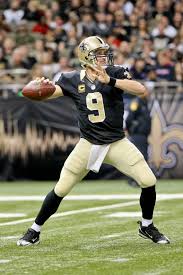 Hey. I once painted our bedroom Saints Pants Gold to surprise Bob. I’d be surprised if any of those players have a bedroom like that. So if you ask me, that’s a home run hit.
You know all that down time in football? You could read an entire book of mine in one game’s down time. Find ‘em all right here.