Twice in my life I have wanted to be in the Witness Protection Program. Today I’ll tell you about one of them, and the other one will be next week.
St. Bob, the four kids, and I were living in Cedar Rapids, Iowa (another story for another time), and took a drive to Nauvoo, Illinois, two hours away.  It’s like Williamsburg of the Midwest, with free tours of a printing shop, blacksmith, gun shop, bakery—all kinds of authentic old timey stuff that’s both educational and fantastic for the kiddies.  Plus it’s an early Mormon settlement (bigger than Chicago in its day), and since we’re LDS, we couldn’t wait to see it. 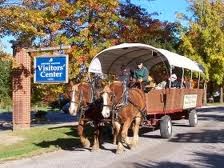 Nauvoo wasn’t the problem.  Driving back and stopping in Fort Madison was the problem.  We pulled into a gas station with a convenience store, and Bob and I both got in a long line to use the restroom.   Bob was nice enough to let me stand ahead of him in line. By the time we got to the restroom door I knew Bob would wait patiently for his turn, rather than risk getting back into the lengthening line.  So I went in, found it in dire need of cleaning, but peeled my jumpsuit down anyway, and hurried along. 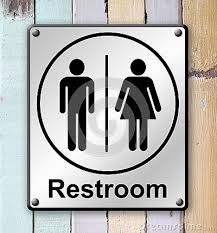 No sooner had I seated myself, with my jumpsuit around my ankles, remember, than a TOTALLY STRANGE MAN came bursting in.  I gasped, probably screamed, who can remember?  My brain began sputtering and sparking, waves of amnesia rolling in to protect me from permanent scarring as I sat there in my underwear, in front of a complete stranger.  He quickly beat a retreat and slammed the door.
Needless to say, I was mortified.  And furious!  How could Bob let some man come waltzing in like that?  I’m sure my eyes were still bugging out when I dashed from the restroom.  I found Bob over at the Snapple case, AND HE DOESN’T EVEN LIKE SNAPPLE!

“How could you do this to me?” I hissed.  “A man just walked in on me!  Why weren’t you guarding the door?”
“Why didn’t you lock it?” Bob asked.
“Because it was filthy and I didn’t want to touch it!” My voice was half whisper, half screech.  “Plus I knew you were waiting for your turn and wouldn’t leave the line!”
Meanwhile, my now-crimson head was whipping around to see where the intruder guy was, and I dashed from the store in humiliation.  Bob and the kids soon joined me in the mini-van.
“We’ve got to list the house and move,” I said.  “Out of state.  I can’t risk ever seeing that man again.”  I was ready to have my name changed, all records of my trip through Fort Madison expunged or whatever they do, and for Bob to get a completely new career. 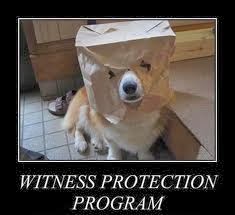 He kept trying to blame me for not locking the door, which only made me madder and I fumed the entire way home.  I refused to speak to him as we put the kids to bed, got ready for bed ourselves, and got into bed.  I was still simmering as I turned away, bouncing on the mattress and yanking the covers with a grand sigh of exasperation.
Finally Bob said, “I know you’re still mad.  But I just want to say one thing.”
I listened; what choice did I have?
“I just want to say that if this whole situation had been reversed, and some woman had walked in on me, you would still be laughing.”
Well, now I was trapped.  He had planted that image in my head and I fought hard not to smile.  I imagined the scene and tried not to giggle.  He was absolutely right: We women think our husband’s embarrassing mishaps are the very definition of hilarity, and if some woman had seen Bob sitting on a toilet, I would still be howling. After half an hour of uncontrolled laughter, I rolled over and apologized.  And that’s one more reason why he gets Saint status.
As the YouTube Mom I have all kinds of videos that teach you life skills and tips, but I probably won’t do one about how to handle a surprise visitor in a restroom.
Posted by Joni Hilton at 7:00 AM

Email ThisBlogThis!Share to TwitterShare to FacebookShare to Pinterest
Labels: restroom