Before I launch into today's Joniopolis story, I simply must direct you to pebblesandpiggytails.com, a fantastic MommyBlog that should absolutely be among your favorites. I love the inspiration there (no whining!), the clever ideas, and even the miracles.  I'm a guest blogger on there today, and I'm honored to make an appearance at such a wonderful site!
Now, back to Joniopolis:

I have made astounding progress in this whole mystery about my possessed cell phone.  In our last episode… er, blog… we saw poor Joni struggling to leave a phone message to “Ethel,” an elderly woman at church, when SUDDENLY Spanish guitar music blasted from the device, making it sound as if Joni were a bar-hopping, drunken flamenco dancer.  That, or Zorro’s mother, calling just as her son came riding up with accompaniment. 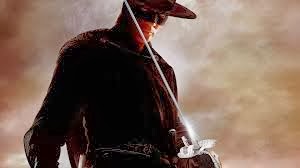 And who should help solve this puzzle but Zorro, himself!  At least I think St. Bob is Zorro.  You never see them together.  And, with the mask, who can tell?
Here’s how it happened.  St. Bob came home from work and I told him my phone was acting up.  As in, Linda Blair was acting up in The Exorcist and, like my phone, needed exorcism.  Bob asked me to show him the problem.  I made a few finger swipes and ta-da!  There it was again, the exact same song!
“That’s Crazy on You by Heart,” Bob said.  “I love that song.” 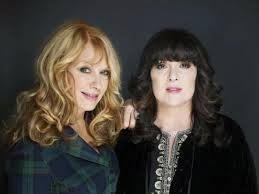 “You know that song?” How this man can know every song in the universe is beyond my understanding and, like expertise at pool, probably indicates a wasted childhood.
“It’s in my iTunes,” he said.  “It’s one of my favorites.” This man has approximately 829 favorite songs, but who’s counting?  Apparently he had loaded it onto the family computer, at which point it catapulted itself into an invisible cloud of tunes, and then beamed itself into my little bitty cell phone.
“But it sounds Spanish,” I said.  Just then a woman’s voice began singing along, and in English!  Well, this was clearly not the soundtrack for a Zorro movie.  It actually was Heart.  Who knew?  Okay, St. Bob knew.  But how was I to know his collection of songs had wormed its way onto my cell phone? And how could I keep them from exploding from my phone at random moments? I can just picture James Brown blasting about how good he feels when I call someone to console them during a hospital stay. 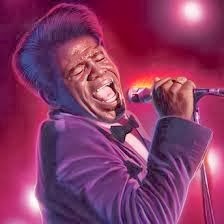 Or Bruno Mars singing, “When I Was Your Man” just as I call a woman with relationship problems. 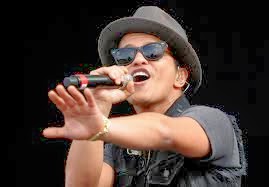 Bob fixed it and when I asked him how, he said he pressed the stop button on the iTunes app.  I don’t believe him.
Now I just have to call Ethel and hope she’s a fan of Heart.
It doesn’t come with a soundtrack, but if it ever gets made into a movie, its soundtrack will be killer, I promise.  Meanwhile, read JUNGLE, a young adult romance adventure (and we all know grown women like them, too).  You can find it here.
Posted by Joni Hilton at 7:00 AM

Email ThisBlogThis!Share to TwitterShare to FacebookShare to Pinterest
Labels: phone