I recently had a Facebook conversation with my adorable English cousin, Peter.  It was about irony and I had given him some rather lame examples of it.  It’s not because there’s a time difference and I was tired; I simply couldn’t think of better ones than a giant named Tiny, or a fire chief’s house burning down.
But irony is all around us, and one need only to check emails or turn on the TV for a plethora—that’s right, a plethora—of examples.
We’ve all received the emails of Walmartians in ghastly attire (or the lack thereof) with the heading, “You’ll never again worry about how you look.” 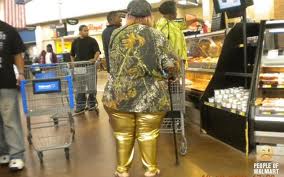 And sure enough, one’s jaw drops as photo after photo reveals a hideous getup worn in public. These aren't even the worst ones; those were too inappropriate even to blog about: 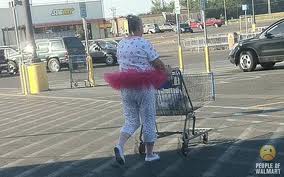 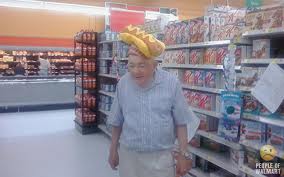 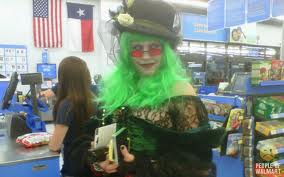 They make Halloween costumes look like inauguration attire.  Surely they have mirrors, right?  And friends who feign a coughing fit when they show up, so as not to gasp and say, “What on earth are you wearing?”
And it hits me that this is another beautiful example of irony:  People who should have all the confidence in the world second guess themselves and self-criticize, always worried about their appearance.  And then people whose mothers clearly dropped the ball and who should dash home and change clothes, instead go forth into the world without a shred of doubt, fully believing they look fabulous.  Like the dreadful singers on American Idol, they are shocked that anyone finds them other than amazing. 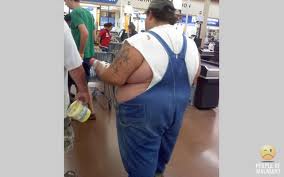 How does one gain such unbridled confidence in the face of such mistaken evaluation?  Every ultra-talented person I know has moments of insecurity about their abilities.  Every gorgeous or handsome person I know thinks they have all kinds of flaws.  Some of them change outfits four times before they’re content to go anywhere.  Yet hordes of people with every reason to pause before prancing out before their fellowmen do so with absolute abandon, not a worry in their heads. 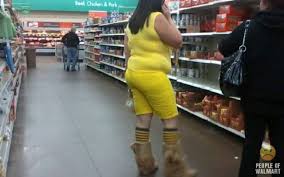 How did their parents instill such unwavering self-assurance? 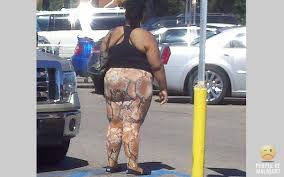 And why do those who should grace us with their vast talents and abilities hang back in the shadows—did their parents encourage them any less?  I can’t imagine that.  It’s simply one of life’s mysteries, undoubtedly as old as humankind.  And that, my dear cousin, is my definition of irony.
Posted by Joni Hilton at 11:25 AM

Email ThisBlogThis!Share to TwitterShare to FacebookShare to Pinterest
Labels: irony