The other day I volunteered to watch a mother’s young children while she went to an appointment. After we had watched an entirely too short animated movie, I realized I needed a way to entertain them.  And, of course, I decided to read them a story.  I went to my stash of children’s books and pulled out Dr. Seuss’s Green Eggs and Ham.

You know this tale was written on a bet, right?  In 1960 Publisher Bennett Cerf bet Ted Geisel (a.k.a. Dr. Seuss) $50 that he couldn’t write a book using 50 words or less. Seuss did it, but Cerf never paid up. It went on to become the third largest selling book in the English language!
And I have figured out why.  As a kid I thought it was a story about the importance of trying new things.  Kids are notorious for not wanting to try lima beans, peas, beets, and the like.  So here was a clever, rhyming story about the importance of branching out.  Right?

Wrong!  This entire book is a tribute to nagging!  Little Sam wants the big creature to try a new dish and will not relent until he wears the guy down.  Will he eat them on a boat?  Will he eat them with a goat?  On a train?  In the rain? 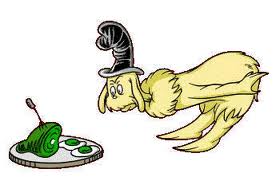 Finally the big character caves in and what do we learn?  That Sam was right!  Not only were the green eggs and ham (cold by now) delicious, but persistence is the root of all success.  Nagging wins the day. 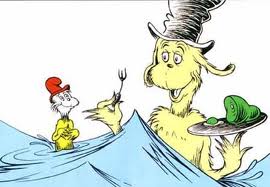 Suddenly I realized I am a literary hero.  I have been trying to wear people down for years!  Maybe not in rhyme, but certainly in relentlessness.  Mostly I’ve nagged my children.  But tell me this—if one person will not clean up his room, and the other person reminds them, who’s the protagonist and who’s the antagonist here? 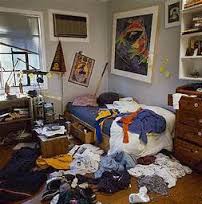 If you don’t pay a bill, do you accuse your bank of being a pesky busybody?  No; you realize that they will stop when you comply with the rules.
Case in point.  I was recently on the phone with one of my sons, begging him to do something that would be good for him to do.  For the millionth time.  Approximately.  You know how I am with math.
And he said, “Are you of the opinion that pestering me will get this to happen?”
I was then able to say, without equivocation, that I was indeed of this opinion and I was backed up by none other than the third best-selling book in the English language.
So the next time someone asks me if I am a jogger, I can truthfully say yes.  I am a memory jogger.  Oh, sure, some folks call it badgering and nagging, but how wrong they are!  I am merely honoring Dr. Seuss.  And everybody likes him.
Buy my books and read them now.
I will even tell you how.
Buy online at Amazon.
Hurry up, before they’re gone!
Posted by Joni Hilton at 9:00 AM