You may remember that a couple of weeks ago St. Bob bought a misspelled car.  I wrote about it here:  https:/www.bit.ly/14ijHmf. And when he called each of our kids to ask them why Mom was refusing to ride in it, every one of them guessed it was because of the misspelling.  They were right. 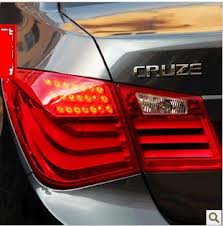 So Bob, in another move that proves he has earned Saint status, decided to peel off the offending “Cruze” sign with a hair dryer and dental floss (no small task, because then you have to dissolve the glue residue and buff it smooth), and replace it with a new name.
He toyed with ideas and finally decided Bugatti would be the most hilarious, since Bugatti makes the most expensive cars in the world, at two and half million dollars a pop.  They also go from zero to 60 in 2.4 seconds. 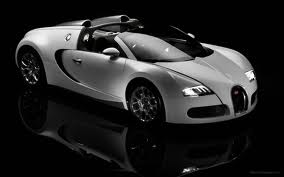 He found a company that sells stick-on car lettering and ordered B-U-G-A-T-T-I.  Simple enough, right?  But what came in the mail was B-U-G-A-H-I.  Well, it’s easy to see what happened.  Somebody wrote the two Ts close together and somebody else read it as an H.  You would think people in the car industry would realize that Bugahi is not the name of an actual car, but no.  This is what I call Counter Intelligence. 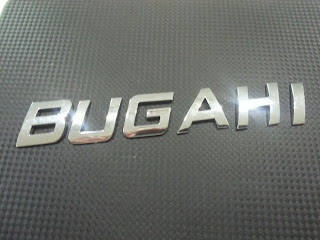 So we shuffled around the letters, to see if there was a way to use this odd assortment.  Ubi Hag was one idea.  Sort of sounds like Uber Hag, a superlative bag lady of sorts. 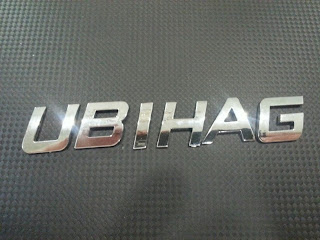 Another idea was Hui Bag. My mother used to describe nonsense as “a lot of hooey” and this could be a whole bagful. Gai Hub was an idea, if this car had been a gathering spot for gay people. But, again, misspelled. 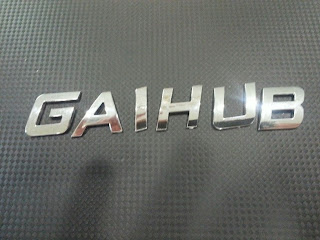 Ahi Bug is a thought, if you like Hawaiian Ahi Tuna and can picture this car as a bug on its skin.

And then Bug Ai could be another misspelled label for Bug Eye.  We could actually go on all day with this. 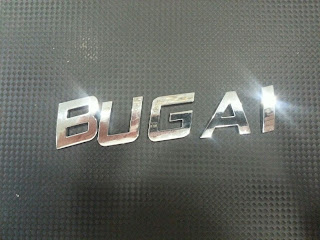 Finally Bob decided to call and tell them to send two Ts so we could do it right.  But as long as he was on the phone with them, he figured he’d add another word, just to acknowledge the discrepancy in our car and his dream car.  Here’s the final result: 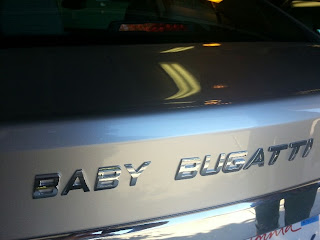 I’m just glad he didn’t rearrange the new ones to say Gabby Butt.
Now you can be a saint, too!  Subscribe to my new youtube video channel and learn life skills in under 60 seconds— I’m Your YouTube Mom.  Just click on the photo at the top right to check them out, and tell your friends!
Posted by Joni Hilton at 7:00 AM