The Real Theme of "Iron Man 3"

Well, hallelujah.  Hollywood has finally made a movie that perfectly captures what menopause is all about.  Or at least hot flashes.  And it’s a top-grossing blockbuster, to boot.  It’s called Iron Man 3.  If you’re among the few who haven’t seen it yet, don’t worry about spoilers, here.  If anything, I offer exactly the opposite: Insights that will help you enjoy the film all the more. 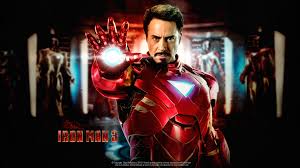 Never before in cinematic history have there been so many characters ravaged by hot flashes.  Even men get menopause in this movie!  This time Tony Stark fights villains whose inner core temperatures skyrocket so high they literally explode.  And, Ladies, haven’t we all wondered if that might happen at any moment?  Why hasn’t anyone mentioned this in any reviews?  Maybe it’s because all the ones I’ve read have been written by men.

But read what Matt Zoller Seitz said of these characters at www.rogerebert.com/reviews/iron-man-3-2013 : “…their core substance looks more like molten lava than molten steel and their eyes glow a hellish crimson.” Now if that isn’t a perfect description of a hot flash, I don’t know what is.  For years I’ve been saying we women could all visit the North Pole and melt the ice cap within five minutes, and now this lethal dose of hot has been captured in a movie!

And, let’s be honest: Peri-menopause can make a person, shall we say, testy.  When you see the smoldering red glow under the skin of Tony’s enemies, you know right away those people aren’t happy.  You almost start sweating in their behalf, just looking at them.  Tony, of course, having no experience with middle-aged women, doesn’t offer them a cold lemonade, an electric fan, or a dip in the pool.  Black Cohosh isn’t even mentioned as a possible remedy.  And, just as in real life, the government in the movie never grasps the vast military weapon potential of the hoards of 40-and-up women who could bring our enemies to their knees with just simple conversation.  So there are some overlooked plot points.

But the great news is that the agony of menopause is the entire point of the movie!  At last our plight has been depicted better than if this were a telethon for it.  My friend, Cori, and I have toyed with the idea of hosting a Menopause-a-thon, if only to raise awareness, and okay, some spending money.  But now the entire world can see what happens when hormones strike, and maybe folks will start inviting us gals out for ice cream, or tell us we look rosy and radiant instead of sweaty and bedraggled. 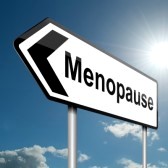 Best of all, I am holding out hope for a TV spin-off about these same individuals, whose burning embers go from “Is it hot in here, or is it just me?” to Surface-of-the-Sun-Combustible in mere seconds.  And we women already know the perfect name for it.  We can do better than Iron Man any day.  Our show will be called Lava Mama.
Don't be left out in the cold-- subscribe to this insightful blog by typing your email address into the little box on the right.  And tell your friends, especially your hot ones, to do the same.
Posted by Joni Hilton at 2:08 PM