It’s vacation time and I want to recommend a place for you NOT to go.  It’s Bangkok, Thailand.  Oh, dang, right?  Just where you were thinking of going this summer! 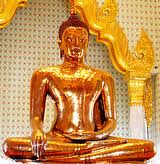 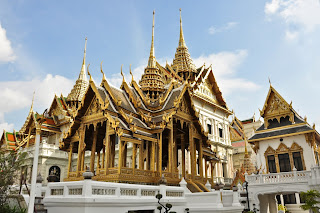 Now, I know there are Bangkokophiles out there whose favorite spot on the map is Thailand, but these people are aliens who come from outrageously humid planets and so it reminds them of home.  Let me tell you what it’s like for Earthlings.
First of all, the second the airplane door opens, steamy air rushes in and takes the crease out of everybody’s pants.  Instantly.  You cough, almost unable to breathe air this saturated with water.  Next, you swim your way to baggage claim where you cannot even get a good grip on your suitcases because the handles are covered with a film of moisture.  You think maybe it’s just extra humid today.  It is not.
I went there as a model a few years ago.  Alright, back in the day.  But the climate has not changed.  At a local restaurant I noticed a green disk on the window, about 6 inches wide.  It was a tree frog, suctioned onto the glass. 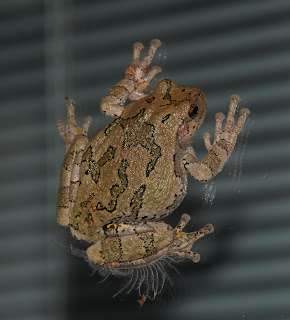 A group of us were interviewed on their version of The Tonight Show, and here you should get an inkling that something is wrong with this place if real celebrities aren’t around to interview, instead of unknown models.  During the program a gigantic grasshopper landed on my shoulder.  Normally I would have shrieked, but I just glanced over at it because I was so weak from Bangkok Belly. 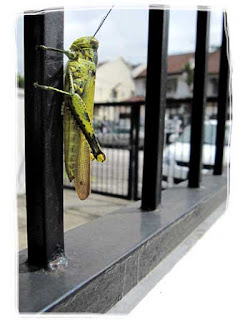 Which brings me to that.  You cannot eat or drink the local food or water. You hope you will not swallow any of the canal water that is thrown on you (this being festival time) from the gutters of streets where elephants are strolling. 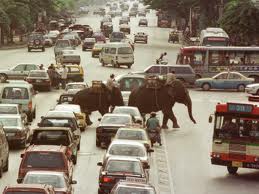 This information resulted in all the models in our show refusing to drink and becoming dehydrated.  I, however, was the only one who happened to be in her first trimester of pregnancy, so it was particularly serious in my case.  The hotel doctor was summoned.  He heard my symptoms, took one look at my tongue, and told me he was taking me to his clinic at once.  I asked him to call the show’s director while I took an armload of clothes down the hall to another model.  When I got back, he was saying, “May die” into the telephone.  I slumped onto the bed, horrified. He then continued on, insisting to the director that he could not allow me to be in that evening’s fashion show.  I began wondering about the heartless director who was arguing when my life was clearly on the line.
Finally the doctor hung up and escorted me down to the lobby.  “Is that true, what you said?” I asked.  “That I may die?”
The doctor appeared to be thinking, then broke into laughter.  “No, no,” he said.  “In Thai ‘may die’ means I can’t do that.  He was asking if you could still be in one or two numbers.  I began speaking English again when you came in, to be polite.”  OH FOR CRYING OUT LOUD.
But wait; it gets worse.  We got to the clinic, I took out my contacts, I got in bed, and was hooked up to an I.V.  Soon I saw four white-clad interns dashing in with a two-by-four, which they promptly smacked against the wall.  I heard a thud.  I am as nearsighted as Mr. Magoo, and I couldn’t really see what was happening, so I asked, “What’s going on?” at which point one of them turned and told me not to worry; it was just a small animal.
Is that so.  Well, now I had to throw up, again, so I took my rolling I.V. into the bathroom.  On the way I was told the animal was one of those tree frogs. This did not help.  Once inside the bathroom I noticed the walls seemed to be moving, so I scooted up about an inch away, to see what was on them.  Ants.  Zillions of ants, zig-zagging in frenetic ant highways.  Were they on the toilet and sink?  Probably, but who could tell? 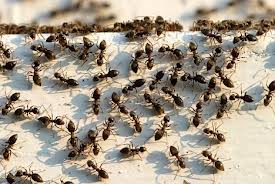 So if you go there, enjoy your saffron-robed monks, your golden Buddhas, your Grand Palace, your floating market—just try to stay out of the hospital.  As for me, if anyone wants to give me a free trip to Bangkok I’m afraid I’ll have to say may die.  I simply can’t do that.
Feel as if you may die without a subscription to Joniopolis?  Just type your email address into the little box on the right, and your life can be tranquil and calm.  Just like a tree frog’s.

Email ThisBlogThis!Share to TwitterShare to FacebookShare to Pinterest
Labels: Bangkok