Last week I gave you a peek into our family trip to Italy, and this week the peek widens.

After touring the Vatican, I decided to surprise the family with opera tickets. They were delighted. 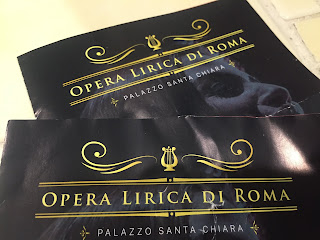 Then I decided to give our extra one to someone on the street, as a fun surprise for them as well. The kids were not so delighted. They all muttered some version of:

“So, a crazy person? I mean, you have no idea who this will be.”

“There aren’t that many crazy people,” I said. “I’m not worried.” I looked around and couldn’t find anyone alone. We jumped into a cab and headed to the theatre. Hey, I thought, technically the driver is on the street.

By the time we arrived the driver explained that he couldn’t stop working to join us.  At least I think that’s what he said. But then I don’t speak Italian. Maybe he said, “My family will never believe the carload of crazy people I picked up today.”

Stay tuned; next week I’ll address the driving in Italy, which deserves a blog of its own. And subscribe so you get to visit Joniopolis every week!