Guess what sells more than apples and oranges combined?  The most popular fruit in America is the humble banana.  Worldwide, one hundred billion are consumed every year.  And here's how I buy them:  I separate bunches and select two green ones, two pale yellows, and two nearly-ripe ones.  That way they don't all ripen at once, and you don't end up with black bananas.  I show this in one of my YouTube Mom videos here.
My only other banana tip is to peel them from the end opposite the stem, to avoid the stringy pieces. Monkeys taught us this trick and here is that Youtube Mom video. This, my friends, was the totality of my banana expertise until recently. 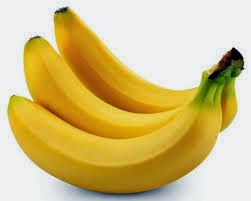 Coming to my rescue are two sisters with environmental horticulture degrees, who were recently guests in my home.  They gave me the true lowdown on bananas. Clare and Ruth Williams saw a bunch of bananas on my counter (technically not  a bunch at  all, but a “hand”—the individual bananas are “fingers”) and instantly my kitchen became a clearing house for banana information. 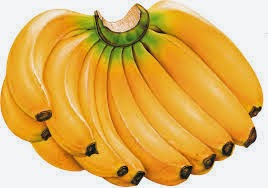 Chimps and humans alike, listen up:  Every banana we’ve eaten since the 1960s is a clone!  Yessir, all grown from the Cavendish banana plant.  So whether you live in Europe or South America, you are eating bananas that look and taste exactly alike.  (By the way, navel oranges are all clones, too.)
Before that, we had “Big Mike,” a much sweeter and easy to store banana.  Ask someone who’s old if bananas used to be better and they’ll nod wistfully. 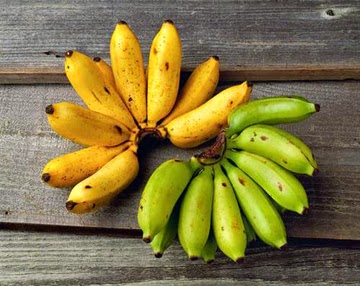 But Panama Disease, a fungus that cannot be killed, nearly wiped it out, so scientists intervened to save bananakind, and introduced the Cavendish.
(Cue Beethoven’s 5th Symphony) There’s just one problem.  Whatever can kill one Cavendish can kill them all, and we’re careening toward another global banana wipeout.  In 1992 a new strain that can kill the Cavendish banana sprang up.  And, like the little Dutch boy sticking his finger into the leaky dike, agriculture folks are trying desperately to keep “Race 4” from spreading from Asia to the banana fields of Central America and Africa. 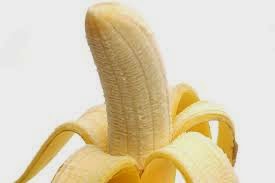 The difference this time, is that no one has discovered a replacement banana, should the Cavendish become extinct. So unless a substitute can be engineered, your kids may grow up without ever biting into a banana,  having a slice of banana cream pie, or enjoying a banana split. 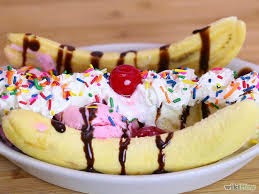 It will also impact the world’s economy, since bananas are the fourth largest  agricultural product in the world—surpassed only by wheat, rice, and corn.  Bananas are used for tons of other products as well, including cloth, and even glue. You can imagine the millions and millions of people whose lives would be impacted if a hybrid is not developed soon.
And so, sad to say, the next time you hear the song, “Yes, We Have No Bananas,” they might be right.


Check out my Youtube Mom videos here, for some pie recipes before it’s too late!  And you simply must view AND SHARE the new music video I wrote with Jerry Williams here.
Posted by Joni Hilton at 7:00 AM

Email ThisBlogThis!Share to TwitterShare to FacebookShare to Pinterest
Labels: bananas