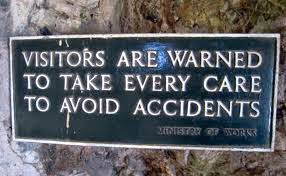 St. Bob and I were on an airplane a couple of weeks ago, and when the flight attendant told me to put my handbag on the floor, she said, “I have to see it visually.”  Now, I ask you:  How else could she see it? 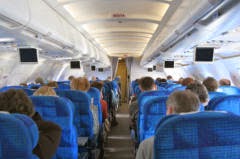 Indeed.  I’m a writer, and I always try to edit my work to the sparest, most economical wording possible (with varying degrees of success).  So it seems I am always noticing unnecessary repetition except, of course, when I do it.  And there it is.  Like so many things, we notice it in others, but not in ourselves.
You’ve had this same experience.  You’re talking to someone, they tell you a story, you agree with them, and then they re-tell the story. Possibly several times.  Or, they can’t move on once a point is made.  For example, a friend once heard me incorrectly, forcing me to explain what I had actually said (the word semester).  “Oh,” she laughed. “Because I thought you said Sylvester.”  Nope, semester.  “Yeah, but I thought you said Sylvester.”  Nope, semester.  “That is so funny—I really thought you said Sylvester.”  No, it was semester.  Like an endless game of Pong, right? 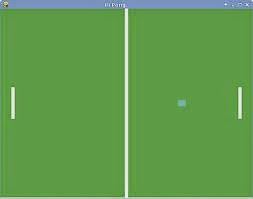 (This is also why writers shouldn’t use verbatim dialogue and why 911 recordings are so choppy.  Actual conversation is often dreadful.)
But it isn’t just those other people who do it.  Without thinking, we also repeat ourselves .  I am particularly guilty of rephrasing something I’m saying to St. Bob because he doesn’t answer statements, only questions.  Call me sexist, but I think this is true of many male/female relationships.  We women are used to girlfriends who make comments punctuating our chatter, responding whether asked or not.  Men listen but feel no pressure to encourage us to continue or to affirm what we’ve said, so they silently tread water beside us until asked a pointed question.  Thus, when I explain something, if Bob doesn’t interject with an “uh-huh” or “Oh, I know!” the way a woman would, I think he didn’t understand me and I must need to put it another way, so that he’ll get it.  And, possibly, that last sentence was redundant. 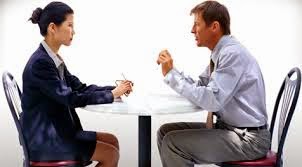 It doesn’t take a genius to see the mutual frustration that grows when a guy feels you have hit that nail on the head plenty of times, and when a woman thinks, “How on earth can I rephrase this for the sixth time so you’ll respond?”
So I’m guilty.  But we all might benefit from a quick glance at common redundant phrases. See if you’ve used any of my top 15: 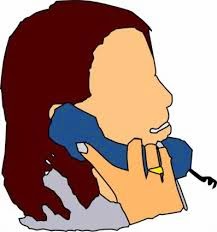 Like I say, I catch myself using these and others all the time, but they say admitting the problem is half the solution, right?  I mean, if you can admit your mistake, then that’s a big step on the road to--- uh, nevermind.


Surely you’ve subscribed in the little box on this page, right?  And you’ve urged your friends to do it, right?  Just so you know, that is not being redundant; it’s being helpful.
Posted by Joni Hilton at 7:00 AM