How does your home smell?  Right now my home smells faintly of bacon, with hints of the apple cinnamon room freshener I have plugged into an electrical outlet.
But the entire city of Seattle thinks my house is a musty, moldy cacophony of odors.  Okay, not the entire city.  Just enough people to make me cringe with embarrassment. 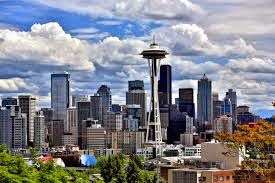 In all fairness, they’ve probably forgotten.  But I will never forget the moment when I was tried and convicted in the court of public opinion, thanks to my eldest scalawag sons.  We had gone to Seattle to visit my longtime childhood pal, Nan Slaughter.  Her name is highlighted so you will visit her amazing cooking and quilting blog, Pots & Pins.
And she told us about a tour beneath Seattle’s streets, where you could see the shops and cobblestones of a bygone era.  We signed right up. 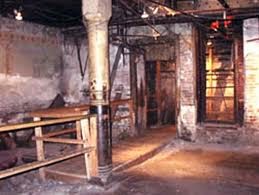 But before I tell you what happened, you need a weensy bit of information.  Our home at the time, in Woodland Hills, California, had a kitchen that was tilting and sinking due to dry rot.  The builder had monkeyed the papers, walking them through for signatures on a home that was totally not to code, without proper ventilation under the floors.  And, as anyone could have predicted, a few years were all it took for the thing to start collapsing.  You could roll a marble down our floor at a pretty brisk pace, and the grout was widening and splitting as the counter top pulled away from the back splash. 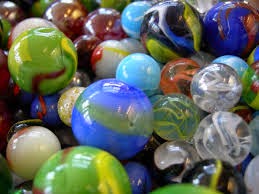 Long story endless, we hired a guy to jack up the house and fix it.  But during this adventure, the boys wanted to crawl under there and see for themselves what ooby gooby things there are under houses in the scary, mildewy dark.  Parkas and boots on, they went traipsing off to explore the spidery depths.  And, not surprisingly, it smelled musty and dank. 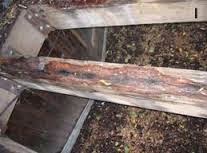 Weeks later we left for Seattle.  The older boys, 9 and 11, ran ahead, down the stairs to join the tour group.  I had a younger son and an 18-month old baby with a stroller to maneuver, so I came behind them, just as Richie shouted, “Hey, this smells like our house!”  and Brandon, in a rare moment of delighted agreement with his brother, said, “Yeah, it does!”  at which point every head of every tourist in the shadowy depths whipped around to stare at me as if I had just been pronounced Worst Housekeeper in the Universe. 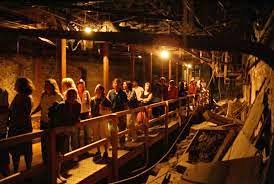 They glared at me, then glared at my four children (how could I keep cranking out babies in such squalor and filth?)  You could almost read their thoughts:  If my house smelled like this putrid, malodorous tour, it should be condemned and I should be evicted.  After all, not one but two witnesses had corroborated the information. 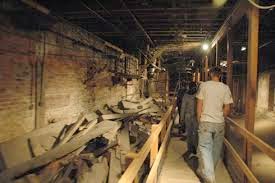 Why couldn’t my boisterous boys be more specific?  Why couldn’t they say, “I mean the space under our house”?  And, of course, the tour guide was talking away, so I couldn’t interrupt to clarify.  I just had to limp along with the crowd and catch occasional glances in my direction, as if to memorize my face for future FBI identification.
I couldn’t wait to get away from the group once the tour ended, at which point I sat the boys down for a lecture about clear communication.  They, of course, thought it was hilarious and one of the highlights of the trip.  Naturally, this was communicated to me over and over, with absolute clarity.
And so if you happen to be one of those horrified travelers, please know that you could visit my home today without suing me for black mold poisoning.  I might even fix you some bacon.

And you do know that my YouTube Mom videos include housekeeping tips, right?  Just  nothing about placing duct tape over the mouths of one’s children.  Not yet, anyway.
Posted by Joni Hilton at 7:00 AM