It’s the day after Thanksgiving, and folks are whipping up the leftovers from yesterday’s feast into turkey sandwiches, turkey pasta, and turkey casseroles. 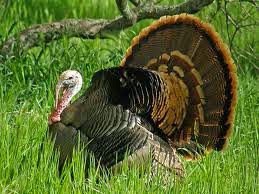 But they have forgotten about the real leftover turkeys, and they are roaming my suburb of Rocklin.  Sacramento is blessed (some would say cursed) with a growing population of wild turkeys, and I have to admit I rather love them. 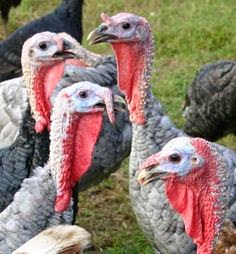 Maybe it’s the wobbly way they strut down the street, like little kids in their mom’s high heels.  And they look sort of prehistoric, with their heads down, as if they’re really just common geese who happened upon some dinosaur costumes and now they’re trying to look menacing.  They zigzag and bump into each other as if they’re honestly confused.  Or maybe they really are little dinosaurs who’ve fallen through a wormhole from the Jurassic era. 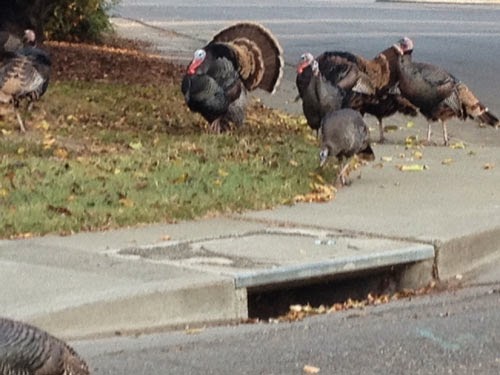 I went to visit a woman in my church who lives in an apartment complex, and found half a dozen of these goofy creatures in the parking lot. 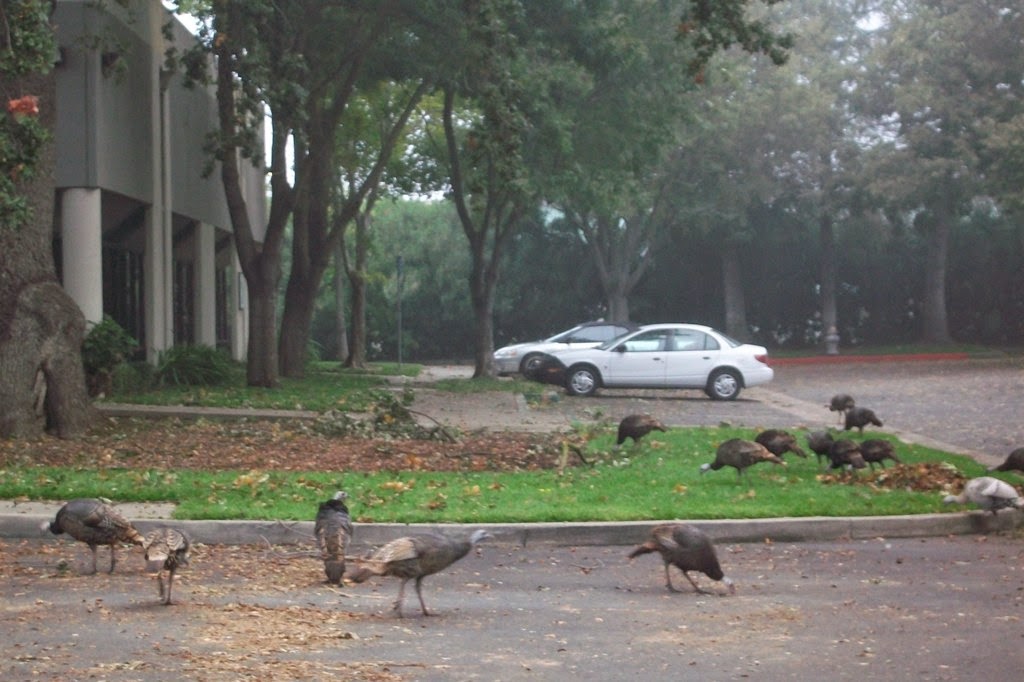 When we lived in the Sacramento city limits, clusters of these funny birds would fly up onto a neighbor’s garden shed, and squawk and fight over about six square feet of roof space, seemingly unaware of a dozen other nearby rooftops and gazebos where there was much more roosting space.  And I have a soft spot for lovably low IQ animals. 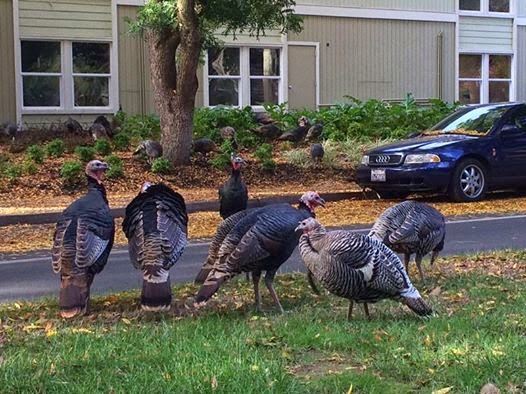 Gobblers and hens can weigh more than 20 pounds, and though you’re not supposed to feed them and encourage them to invade “people space,” folks can’t resist.  As a result, there have been complaints about turkeys kicking bark mulch about, destroying gardens, leaving droppings on people’s patios, and roosting on cars, where they scratch the paint.  I read a report that said these Meleagris gallopavo even gobble at people.  Not quite the same as gobbling people, that little at making all the difference.  And, you have to admit, it’s a lot less serious than what we do to them.


And so I cheer them on, rolling down my car window and making gobbling noises that I like to think they understand.  You’ve survived another Thanksgiving, I am telling my feathered friends, and you’ve lived to strut another day.
Your Thanksgiving holiday would not be complete without visiting my YouTube Mom channel, and browsing through hundreds of short videos that teach you all kinds of life skill tricks and tips.  Check it out here!