Someday I’m going to get pulled over for swerving in the vicinity of ice cream or candy shops, and on the news it will say, “She was driving at a glucose level of 15.8, which is twice the legal limit…”

Okay, I really have no idea what the glucose numbers would actually be, but I do know that if my blood is drawn it can double as chocolate syrup for a sundae. 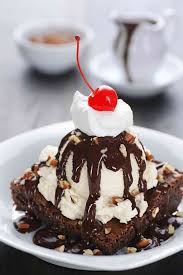 At a check-up I was telling my doctor about my face plant fall, and he said I need to turn on the lights so I don’t break something next time.  “Otherwise,” he said, “you could end up in a nursing home. And they don’t have desserts in there.”

“I could have someone bring me desserts,” I suggested.

“You’re missing the point of the story,” he said.

“So you say,” I told him, “but that factor could play into my decision.”

I didn’t tell him that when Bob and I drove up to my Seminary class door the other day, I commented that the lights in my classroom were on, and Bob said, “But no one’s home.”

Hey, lights on or not, you can watch my Youtube Mom videos here.