The following is a true story and happened just last night, at my next-door-neighbor’s home.

It was late evening and I got a call that there were several crashed cars in front of our house, including a Range Rover. 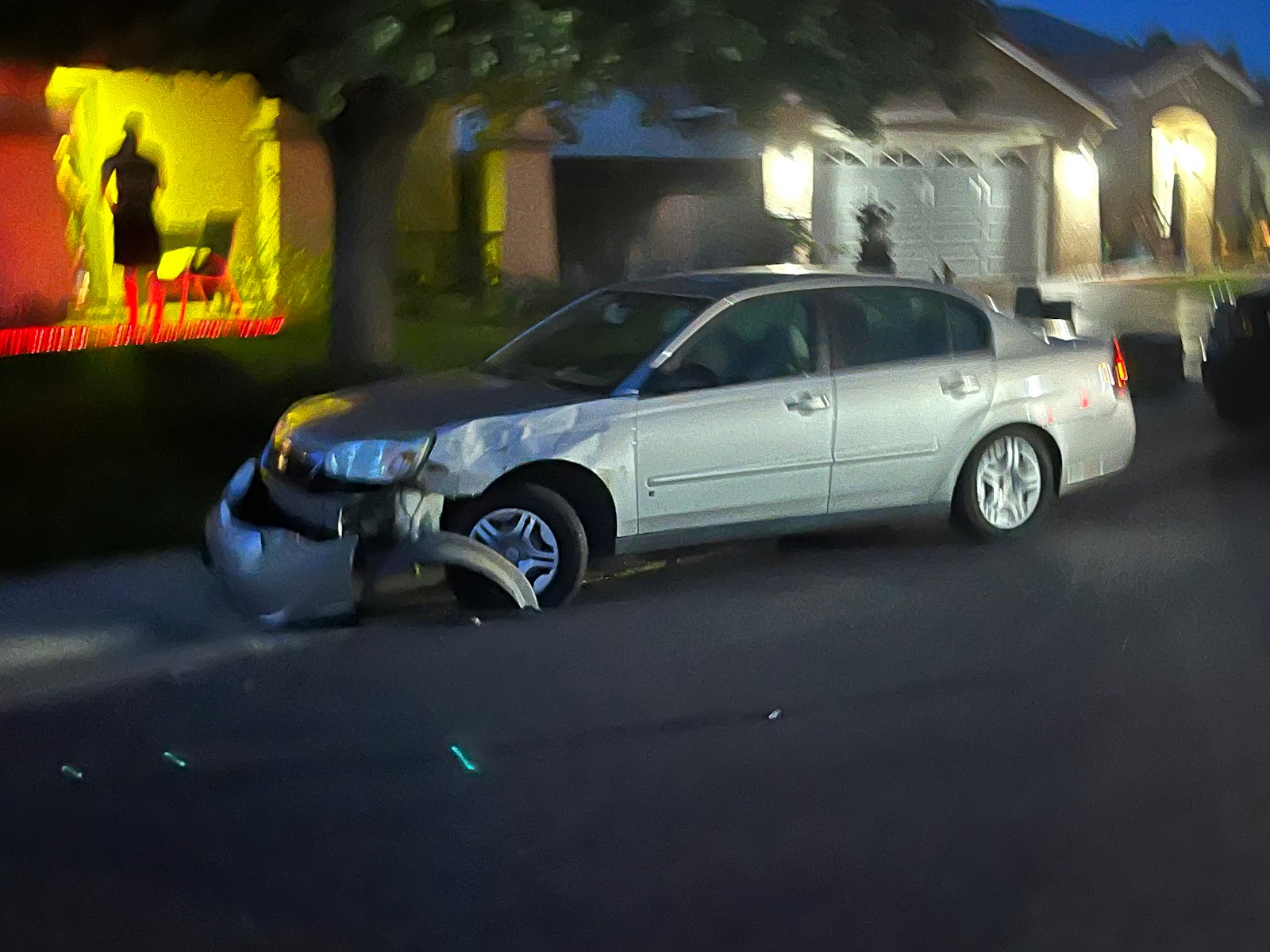 WHAT?!?  My daughter and I ran out to investigate. There were flashing lights, sirens, and a gathering crowd. I stood on the front lawn and saw two crashed sedans, but no Range Rover. Then I turned to face my neighbor’s house, and there was a Range Rover INSIDE THEIR GARAGE. 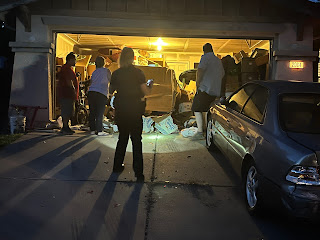 Did they get a new car? Nope. The driver of the Range Rover had come zooming down the street, crashed into one of their cars which was parked on the curb, then turned up their driveway and crashed into a second car there.

Was this enough? Nope. The driver then smashed through their garage door, all the way into their garage. 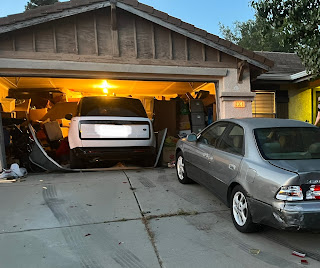 The word that comes to mind for their garage door is "smithereens": 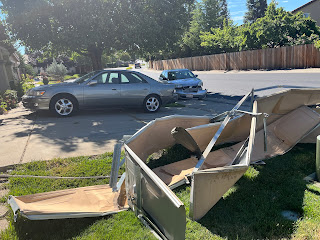 My neighbor and her family were standing about, stunned, and a police officer was already on the scene. The driver had taken a breath test, and was first claiming to have fallen asleep, then to have had a seizure.  Uh, which one was it? Or none of the above?  Who falls asleep in 200 yards after turning onto our street, and who makes a 90- degree turn like that?

They also offered my friend a $20,000 check. Hmm… somebody doesn’t want insurance involved.  The plot kept thickening and neighbors were speculating as to the real cause.

Meanwhile, my friend got her insurance company to board up the open garage. “You know,” I said, as the Range Rover was towed out of the garage, “You could hardly have sustained more damage if a meteor had hit your house.” 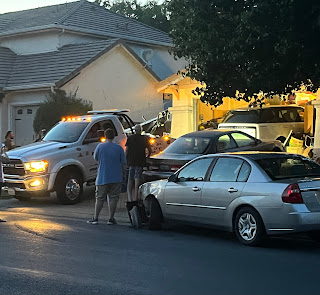 Imagine—two cars and one garage demolished in just seconds. It could’ve made the nightly news. Luckily no one was hurt.

Stay safe-- order and read one of my books!