Fit to be Tied

You’ll like this because it makes perfect sense. The necktie originated during a war. And, if you’re like many men today, you would kill not to have to wear a throat-pinching, strangling necktie. 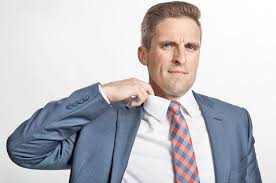 But they weren’t fighting over having to wear ties; the French and the Croatians in the Thirty Years War simply wore a piece of cloth at their necks, as part of their uniform. Soon it became a symbol of wealth and status in England, then evolved into the mere decoration it is today. 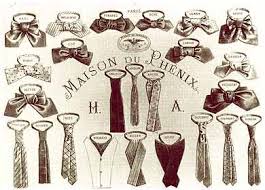 And you thought most men weren’t big accessory/decoration guys—ha!
Ridiculous as they are, neckties are an extremely big deal at my house.  At St. Bob’s last birthday we played Bobardy! with our kids, and the final “question” was, “Bob owns 118 of these.” The answer, of course, was neckties.
He has all kinds, all colors, and even stories to go with some of them. One was a tie he got by agreeing to a game show deal if the producer would throw in the very tie he was wearing. Here he is with Monty Hall and Dick Clark, when Bob hosted Let's Make a Deal. 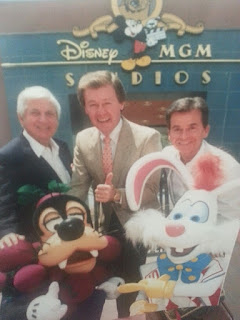 Not only that, but Bob is quite the fastidious dresser and is meticulous about how he ties his knot. It has to be exactly right. He will not even consider owning a tie that cannot be fashioned into the ideal knot. He also makes sure the bottom point of the tie falls exactly at the middle of his belt—not too long, not too short. Here is his with Roy Rogers and Dale Evans years ago, his tie perfectly tied: 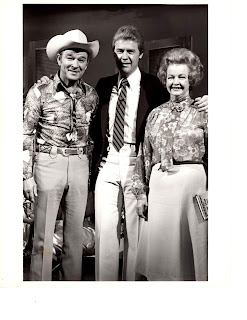 Come to think of it, Bob should make a Youtube Mom video about how to tie a tie correctly. Except he would be the Youtube Dad. But, expert as he is, I think he’d be thrilled if neckties were permanently banished. After all, they’re only worn because it’s a long-held tradition. Who knows—maybe your great grandkids will someday study The Necktie Rebellion and marvel that the fashion lasted as long as it did.
You can actually watch one of my Youtube Mom videos about another fashion--which way your belt should go, right here!