Is This Really Germ-ane to My Life?

My doctors are party poopers. They don’t want me to fly, be around crowds, or be around kids. This would include the parents of kids, who are evidently covered with all manner of elementary school cooties.

Furthermore, I’m not to accept meals from people who have children in the home, because the very dishes they bring could have sneezes on them.  PLEASE!  What if someone is a great cook and I really want that meal?  Too bad, apparently.
It’s as if I’m quarantined like a dog trying to emigrate to Hawaii. For as long as I’m on chemo, I have to live like a germaphobe, stuck in the house.   If I do have to go out I'm supposed to wear rubber gloves and a face mask. Yes, our geologist son, Richie, has offered me a hazmat suit. 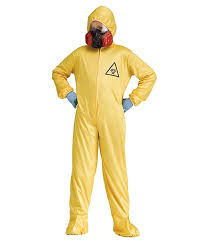 When I told our next son, Brandon, about this quarantine, he was quick to point out that many rappers did some of their best work while under house arrest. Is that saying much? I'm not sure.
Worst of all, I can’t go to church because hugs and handshakes are all around, obviously threatening to give me typhus or malaria.  I’m to use hand sanitizer like a fiend, should I venture anywhere at all.
But I’ve been sneaking.  As long as I know I won’t have crowds pressing in on me, I’ve gone with St. Bob to the occasional restaurant on off-hours when we’re the only ones there.  And I’ve seen movies at unpopular times.  I’ve also made the quick illegal foray to the supermarket, especially to pick up one of the zillions of prescriptions I’m suddenly on. 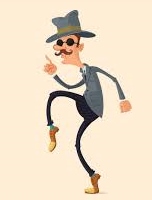 But now I’m reconsidering this. Last week I was standing in line to get my Rx and the woman ahead of me was arguing loudly with the pharmacist, wanting her Lithium now, even though it wasn’t time yet for a refill.
Mind you, I am standing behind the privacy line, but I can hear every elevated word and the Lithium Lady is not happy.  She is slowly—actually not slowly, rapidly-- becoming unhinged. I could feel myself stepping back, lest this woman be carrying a firearm, or perhaps has a black belt in karate, or the notion that certain people simply need strangling. She can’t actually reach over the counter and grab the pharmacist, but she could turn around, see me, and decide I will do. 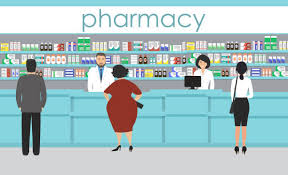 Just give her the Lithium, I found myself thinking, wishing I had telepathic powers.  But the argument continued, so I just quietly sauntered off to the greeting card aisle, and then I picked up my pace and got the heck out of Dodge.  I decided St. Bob could get my prescription later.  He’s not only permitted to swim in the swarm of germs out there, but he’s a tough hunk of manly man strength.  Even a woman short on Lithium would think twice before attacking him.  I think.
You can stay inside and never encounter scary people if you just buy all my books and read them.  Safety first!