You've Got to be Kidding


It was too good to be true.  Just when you think we’re getting a handle on endangered species, the New York Daily News announces the horrendous shock that we are now facing a shortage of clowns. 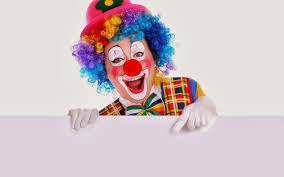 That’s right, folks—fewer and fewer people are going into the noble field, and one day we could live in a society completely devoid of red noses and big shoes.
They quote the president of Clowns of America International (which is it—America or international?  Whatever), Glen Kohlberger saying that older clowns are passing away.
And the World Clown Association (which claims to be the largest trade group for clowns in the U.S. which makes me ask, again, if it’s for the U.S. why are you calling it “world”?) says their membership has dropped by a thousand clowns since 2004. 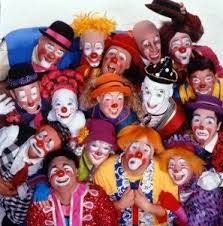 They’re having a hard time getting younger people to go into clowning.  Obviously they haven’t met my children, any one of whom would qualify for this group, gloved hands-down.
You do remember my story about St. Bob and his beginning in show biz, right?  As a cartoon clown on TV?  So I shouldn’t be surprised at the acorns falling so close to the tree.
But these experts say clowning has taken a red nose dive, because it is no longer “cool.”  Let me get this straight.  Are you telling me that clowning was once cool?  When, in the history of history, was it cool to wear white makeup, a giant red mouth, and purple, oversized polka-dot shoes? 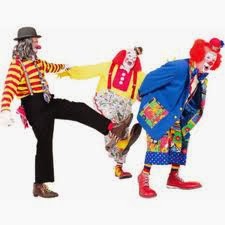 “Hey man,” I can just see some guy in the Sixties, whispering to his buddy, “if you want to impress the chicks, you gotta wear one of these.”  And he pulls out a pink and green fright wig.
Ah, yes—The Secrets of Popularity could be a class on tying balloons and throwing pies into people’s faces.  That’ll impress the crowds, alright.
Ringling Brothers and Barnum & Bailey (and, and, and—there’s something funny going on in this clown biz) only keeps 26 clowns on its touring roster, and chooses just a handful to attend their training boot camp, so the chances of making it in the big time under the big top are even more miniscule than making the NBA.  That means every other aspiring clown has to work birthday parties, where the pay is, well, peanuts. 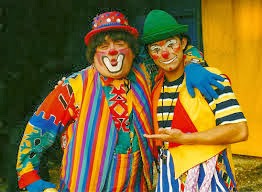 But what about all the people who are clowns by accident (come on, you know you’re thinking of that guy next to you at work)?  I see clowns almost everywhere I go.  They may not be wearing big, wavy collars, but they are sword fighting in the state capitol, rollingcars down hills, sending thank you cards for colonoscopies, wearing ridiculousclothes at WalMart, taking away the planet Pluto, giving mattresses to cows, and trying to turn my TV into a death ray.
If anything, there’s a surfeit.
You can easily fill your clown quota by subscribing to this blog and reading all about the unheralded clowns that blanket the landscape.  Evidently it is my mission to cross paths with them and then tell you about it.  You’re welcome.
Posted by Joni Hilton at 7:00 AM

Email ThisBlogThis!Share to TwitterShare to FacebookShare to Pinterest
Labels: clowns