The other night it was my birthday, so we went out to dinner.  “We” means St. Bob and me, plus our only grown child who lives nearby, Richie.  We choose a Japanese restaurant in a seedy part of town (this information will become relevant in a few seconds) because I HAD A COUPON.  Yes, on my own birthday, I chose to use a coupon because I am an idiot. 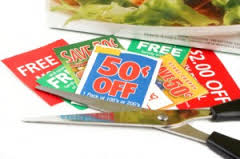 I also picked a Japanese restaurant because Bob and Richie like sushi, and I figured I could order tempura or something.  Once again, the self-sacrificing mother who picks a place everyone else will like.   Someday I shall write a blog about why I don’t like sushi, but not today. 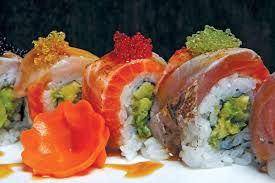 IRRESISTIBLE SIDE NOTE: Bob gave me the iPhone you’ve already read about here, which he loves and which I am reluctantly learning, and the new Jack Reacher book he is dying to read.  I’m just saying.
So we get there and are greeted by a tall, Caucasian girl with blond hair, who bows to us, and then speaks with a Japanese accent!  We steal glances at each other, to see if we all pick up on this totally unconvincing act.  We all notice.  She seats us, then leaves.  “Are you kidding me?” I whisper.   “Is she trying to convince us she’s Japanese?”  Bob and Richie are as perplexed as I am.  Richie wonders if she’s a drama student, and we all imagine how dreadful this must seem to actual Japanese people who surely must feel mocked if they eat here, right?
We see no Japanese people, which is a relief, but also a clue that this is not the greatest Japanese fare in town.  Our waitress comes over, another blond girl whose brains appear to have been extracted and mashed, so as to be inserted into a sushi dish the menu calls “I-80.”  Now, I realize sushi places often name their concoctions after local landmarks, but a freeway?  I try not to dwell on this.  And then, Bob and Richie don’t even order sushi!  They get Bento boxes. 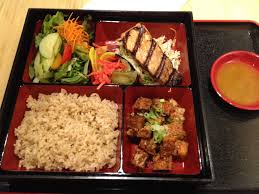 Our spacey waitress keeps coming by and chiming into our conversation, suggesting things to order, reminding us that she invented one of the drinks, and finally insisting we take chopsticks as a souvenir.  We dare not argue, because we all can picture her in the car’s rear view mirror, chasing after us with chopsticks if we should decline the offer. 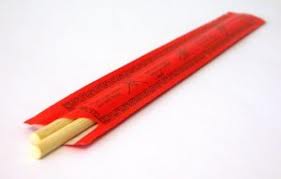 I finally spy one Japanese guy, a surly-looking cook in the back. The food is unremarkable, the green tea and black sesame ice creams tasteless (and served with tiny spoons that come apart when used), and we can’t wait to get out of there.  We speculate about the odd behavior of the girls working there—all emaciated, all clueless, all seemingly drugged.
“I have it!” I say.  “It’s a human trafficking front.  All the girls act like kidnap victims who’ve been chained to a bedpost in the attic since childhood.  That’s why they have no social skills, and don’t know anything.” 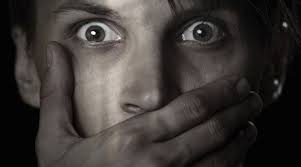 Bob and Richie aren’t so sure about my theory, so, like all women do, I simply offer more evidence.  “That’s why that one girl has a Japanese accent—that’s how she learned English.  The Japanese chef in the back is the kidnapper and has them all working there under threat of death.”
“Maybe it’s a money laundering ring,” Bob finally accedes.  “It would certainly explain the fact that they undercharged us by five dollars, and I had to correct the girl’s math.” 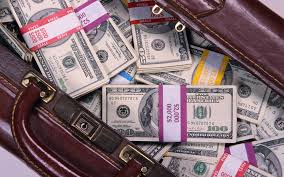 Aha—see?  What kidnapper is a good Home Schooler?  And if it’s just a front, what do they care if they even make a profit?  And don’t illegal, fake businesses always spring up in bad neighborhoods?
Richie looks them up on yelp and finds one review that begins, “Let's just start by saying I will never come back,” and another that says, “If there was a half a star, I would have chosen it.”  Nobody, of course, says they came here for their birthday; that takes a special kind of woman with a coupon to do that.  But I’ll tell you this, that new Jack Reacher book should have been a clue.  Just look at the title. 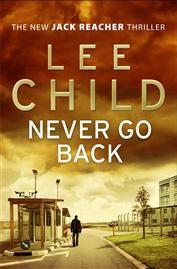 Speaking of books, you simply must read mine!  They’re all available on the left side of this page, so click away.  Just think—you’ll be making up for my birthday, and next year I’ll be able to dine out in style, without contributing to a money-laundering scheme.

Email ThisBlogThis!Share to TwitterShare to FacebookShare to Pinterest
Labels: birthday