Okay, this is not about a Viking rock band. It’s about the time I went panning for gold, which I described two weeks ago.

What I didn’t mention is that I found a treasure: A rock upon which an ancient Viking drew a cartoon! Well, it’s more like a tiny pebble, less than an inch wide. 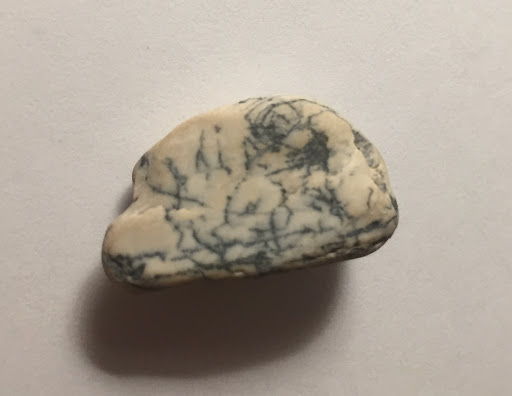 But it still has a hieroglyph or a petroglyph or SOMETHING on it. I think a Viking used a ball-point pen, myself. Our eldest son is a geologist and he said it’s possibly plagioclase feldspar. Something about one mineral filling in the cracks of another. But what does he know?

I say it’s a drawing, and this is my attempt at showing you what I saw: 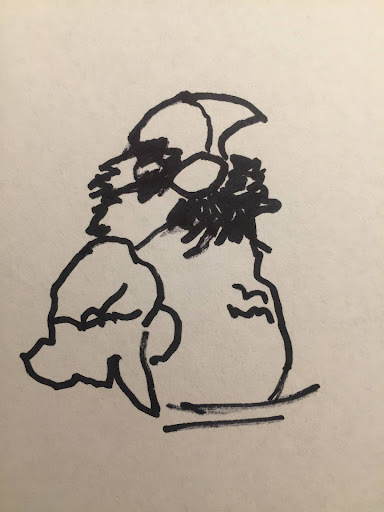 Basically a Viking with a bushy beard, a big, round nose, a horn hat, and muscular biceps. Actually, this one appears to be a waiter Viking with a towel over his arm, perhaps standing on a skateboard.

So this ancient Olaf or Sven was not only showing us what Vikings do in their off hours, but that they had streamlined food service for quicker delivery. And you thought “fast food” was a modern thing.

Equally fast is the delivery you’ll get when you order one of my books!