Almost a Millionaire- the Sequel


Last time I told you my “I coulda been a contender” story about being disqualified from the Pillsbury Bake-Off, after having become a finalist.  Today I’m going to top it.  I almost got to be on Oprah to plug one of my books.
Let me pause here, and ask if you know what happened to authors who appeared on Oprah and mentioned their books.  THEY BECAME MILLIONAIRES, right?  Just so you know what’s at stake, so you can have some Kleenex handy. 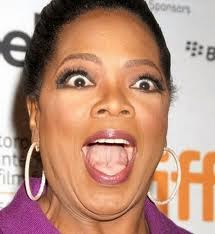 And Oprah wanted me.  I had written a wonderful book of activities for families, based on my daily “Project Time” with my own four kids.  Most of the ideas took just five minutes, and used materials you have around the house.   It was called “Family Fun Book – More than 400 Amazing, Amusing, and All-Around Awesome Activities for the Entire Family,” published by Running Press. 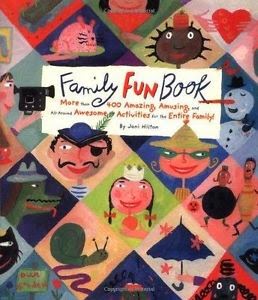 My book had come to the attention of one of their producers, and she called to see if I’d like to appear on Oprah.  Are you kidding me?  That would be a definite YES.  She was particularly interested in a project I had suggested, namely making a home movie that teaches your kids the alphabet. 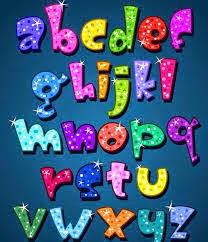 Here’s the idea, straight from my book:
Kids love to watch videos of themselves, so why not put one together that teaches them the alphabet? We did this for Nicole, and it was fantastic. She’s the star of the show, pointing out things that start with various letters.  Sometimes we even made the letter from clay, or wrote them in sand.  At the end, she posed in every letter’s shape for a quick review.
I was only too happy to send her a copy of the video, and they chose a clip to use on air.  I was living in Cedar Rapids, Iowa at the time, so the Oprah folks gave me a choice: I could fly in the night before and stay in a hotel, or I could fly in the next morning and get there just in time for the taping. 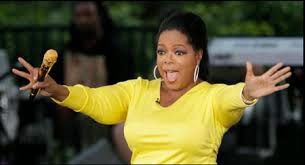 Our second son, Brandon, was scheduled to receive his Boy Scout Arrow of Light Award the night before, so I, THE GOOD MOTHER, chose to fly in the following morning.  No way was I going to miss this important moment in my son’s life, right? 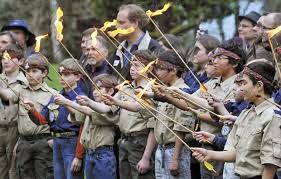 There’s just one problem.  Cedar Rapids is not a major, international airport, and when I stepped up to the ticket counter to get my boarding pass, they told me they had just cancelled the one flight to Chicago that was scheduled for that morning.  I couldn’t get booked on a train, much less a flight.  The chipper clerk behind the desk offered to refund my ticket money, smiling as if this also covered the HUGE, COLOSSAL, MONUMENTAL  income they had just cost me, to say nothing of CHANGING MY ENTIRE LIFE.
I often think about that Arrow of Light ceremony.  But that would be totally tacky for me to lay a guilt trip on Brandon and remind him of the giant sacrifice I made for him.  So I only do it occasionally.
Don’t your own coulda-woulda moments look better now?  Just think of the joy you can have if you subscribe to Joniopolis!  Top left hand corner of this home page, folks!
Posted by Joni Hilton at 7:00 AM

Email ThisBlogThis!Share to TwitterShare to FacebookShare to Pinterest
Labels: oprah