I am so cutting edge, such a trendsetter, than I’ve been writing lyrics for Bob Marley and Ariel Pink.  Okay, I’ve been doing it after they already had the same ideas, but still.  I’m dialed in. 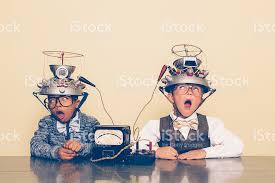 Speaking of dialed in, do young people today even know what that means? Nobody uses a dial; it’s all buttons.  Whatever.
But back to me. Twice in one week I’ve been told that I’m speaking the lines from two popular songs. (This could be happening ALL THE TIME, right?)
First I learned that Ariel Pink has a song called “Baby,” where he sings, “You’re so baby.”  Excuse me? I have been uttering this to our Chihuahua mix for years.  Mr. Pink probably overheard me. And then I was complaining about a blender—remember I’m vegan now, and making smoothies like a fiend—and I said it kept “jammin’, jammin’, jammin’.” That is an exact quote AND, my daughter tells me, the lyrics to a Bob Marley song.

Yes, I am totally hip and clairvoyant to boot. (Does anyone who is actually hip use the phrase, ‘to boot’?) Yessir, I am definitely on the right track.  Of course, as Will Rogers once said, “You might be on the right track, but you’ll get run over if you just sit there.” And yes, I expect young people to know who he was.
Check out my YouTube Mom channel--hundreds of fun life hacks in short videos. But so far, none on how to channel various rock stars and their lyrics.