I’m going to confess something.  It’s not something we writers often admit, but it’s true for every one of us: Sometimes we silently edit people while they’re speaking.  We hear you, but we’re also thinking how much more concisely you could say that.
We’re not trying to be rude; it’s just a natural reflex, like a singer thinking how you might tighten your diaphragm, or an athlete mentally imagining you swinging that club better. We still love you, we just automatically think of, well, improvements.
And we do it with signs, as well. We do it every time we’re watching a movie on TV and it says, “This film has been modified from its original version. It has been formatted to fit this screen."  Why not just say, “This film has been modified to fit this screen”?  Redundancy abounds, and our brains wince. 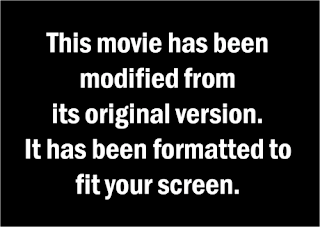 Which brings me to bumper stickers.  Usually they pose no extra verbiage problems, right?  Like billboards, most of them are six or seven words, max.  This is because people driving along can’t take their eyes off the road for much longer than that, and can only read so many words as they’re zipping by.
But folks, in the quest to communicate from one’s car bumper, I think I have found the world’s all-time champion, right here in Rocklin, where I live: 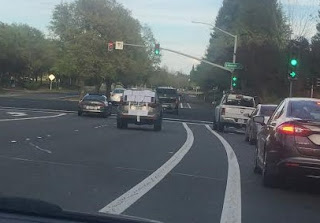 I was riding along with St. Bob and snapped this picture through my windshield.  We had to turn, so I couldn’t catch up to see what vital message this driver felt justified TEN PAGES of standard-sized paper, plastered to the back of his car.  Or her car.
My first thought was, “Boy, does that person ever need a good editor.”  But then I thought, wait a minute.  Maybe this is a manuscript they hope to sell, or a scientific breakthrough we all should read. Maybe it’s a legal document in a nasty divorce.  Maybe it’s correspondence with spies and they’re whistle-blowers.  Maybe it’s an impassioned plea for help, with lots and lots of justification.  Maybe this person is selling everything they have, and unwisely started with their computer, thus can no longer use eBay.
Whatever it is, I have to wonder who will ever have time to read it, even if they wind up behind this person at a stop light.  There is no stoplight in the land that lasts fifteen minutes. 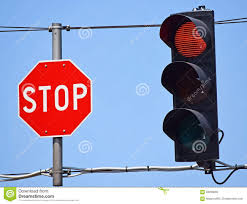 But no matter what it is, I’m telling you, I could cut it down by at least nine pages.
Be sure to visit the BOOKS tab at my website (perfect for Mother's Day), and scroll through my YouTube Mom channel.  Yes, you can mentally edit my words.  I understand.