Do you have hot friends? How about hot in-laws? Well, try to top this. My brother-in-law’s truck burst into flames recently: 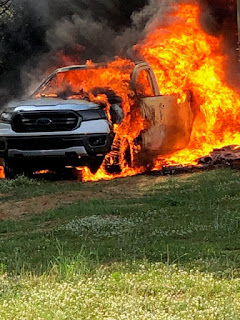 A generator in the truck caught fire. Luckily he was nowhere near it. He and a hunting buddy had gone away for dinner, and noticed a giant plume of black smoke as they returned.  When they got there the flames were just reaching the huge stash of ammunition AND a propane tank.  They said it was like a war zone with one explosion after another. 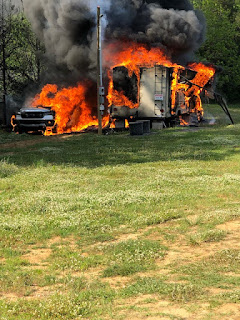 Then another friend of mine, who races cars (I am so jealous; you know that’s my spirit career), sent this shot of his car that also caught on fire. Luckily the driver wasn’t hurt. 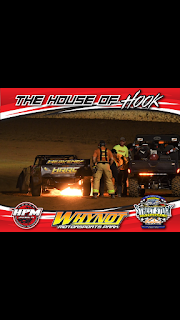 And then, at the same racetrack, ANOTHER truck burst into flames—and yep, it had a generator on board that caused the fire. 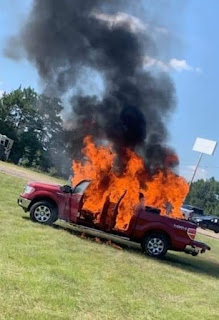 Maybe it’s just as well that I became a mild-mannered (okay, a semi-mannered) writer who sits indoors, perfectly still, and stays out of the heat wave.
But hot deals await you, my friend. Check out my books on my website here.