Here is what I think.  I think freeway number signs should NOT be possible speed limits.
For example, where I live, there are not one, but TWO freeways labeled, “80.”  There’s the Interstate 80, and what is called Business 80, a loop off of I-80 that confuses anyone new to the area, and many old to the area, as well.  Wikipedia says, “Business Loop 80 is referred to as Business 80, the 80, Biz 80, Capital City Freeway, Cap City Fwy and US 50 (western section only) by residents and mapmakers.” 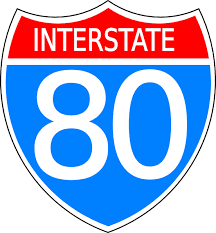 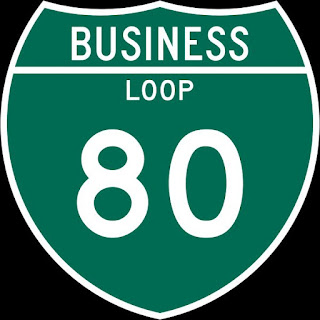 That’s a lot of signs saying “80.”
But 80 is also a speed one could reasonably reach, and therefore should be banned as a freeway name. 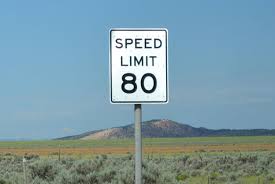 As if that’s not bad enough, the even closer freeway to me is called Highway 65 (technically a U.S. Route). 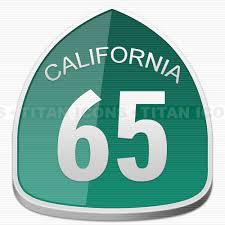 You could be tooling along, see a sign that says “65” and not have any idea whether this is the acceptable speed limit, or just a sign telling you what speedway, I mean, highway you’re on. 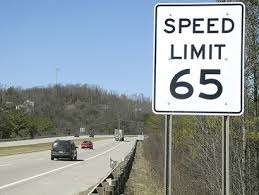 Just across town, intersecting with the 80, is a Highway named 50, another U.S. Route.  Can you believe this?  These are all numbers a person could hit by pressing on any gas pedal.  And I have seen many a driver who apparently thinks 50 is the speed limit on that freeway. 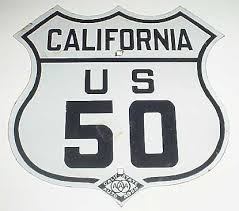 Both 80 and 50 intersect the I-5, the only freeway in this area with a number no one would mistake for a speed limit.
You know there’s supposed to be some order to this.  For example, odd-numbered routes are supposed to run north-south, while even numbered routes are to run east-west. And this might work if all freeways followed a strict grid pattern, and did not go on diagonals. To further muddle the works, the lower numbers are supposed to be in the eastern U.S., and higher numbers out west.  Yet I-95 runs along the East Coast and I-5 is on the West.  Oh, and lower numbers are designated to be in the north and higher numbers in the south. Yet I-10 runs along the Southern States, and I-90 runs along the U.S.-Canada border. 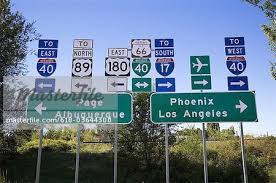 It gets worse. Major north–south routes have numbers ending in "1" while major east–west routes have numbers ending in "0".  Askville says, “Three-digit numbered highways are spur routes of parent highways but are not necessarily connected to their parents. Some divided routes exist to provide two alignments for one route, even though many splits have been eliminated. Special routes, usually posted with a banner, can provide various routes, such as an alternate, bypass or business route, for a U.S. Highway.”
And we’re supposed to keep all this straight. Doesn’t this read like a tax code of some kind?  Talk about a traffic jam before anyone even gets on the road!  I can’t expect to change all the freeway numbers with one blog post.  But can we at least agree to make them way outside (or way below) the speed a person might attain in their car?  I think the world would be a safer place.


Better yet, order my novel, Jungle, and travel across the world without leaving your chair.
Posted by Joni Hilton at 7:00 AM